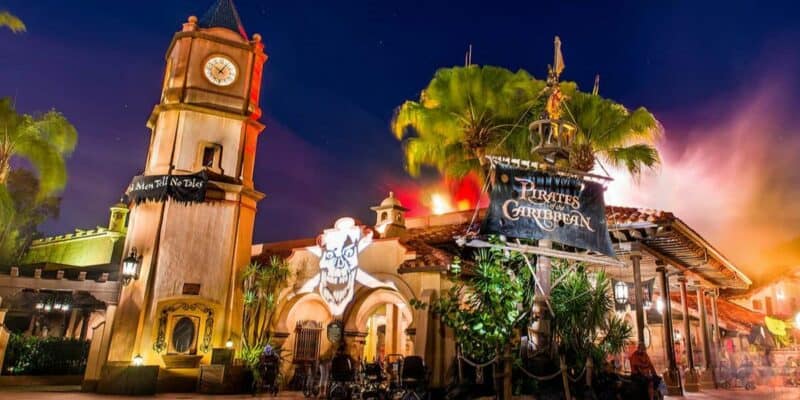 One of the more iconic attractions at the Disney Parks is Pirates of the Caribbean. While on the attraction, you will find plenty of singing pirates, treasure, and even cameos from Captain Jack Sparrow himself.

Related: Pirates of the Caribbean Evacuates Guests Onto Massive Ship After Ride Breaks

However, contrary to what the ride’s theme song says, a pirate’s life may not always be for us. This is especially true when the ride breaks down, which tends to happen from time to time at both the Disneyland Resort and the Walt Disney World Resort.

A group was recently evacuated from the Pirates of the Caribbean attraction at Magic Kingdom, as seen from a recent TikTok from @dashnose:

In the video, you can see the lights on in the attraction, along with the still-functioning pirate animatronics. The video poster explains that the group was stuck on the Pirates of the Caribbean boats for 45 minutes before they were eventually evacuated by a Cast Member, whom they called a “hero.”

This is not the first time that an evacuation has occurred on this ride, and it will probably not be the last. This scenario recently happened at the Pirates of the Caribbean attraction at Disneyland as well. When the ride gets stuck, as seen in this video, Cast Members typically get into the water to evacuate Guests or help push the boats along.

Here is the official description of this iconic ride at Magic Kingdom, per Disney World:

Have you ever gotten evacuated from an attraction at the Disney Parks?