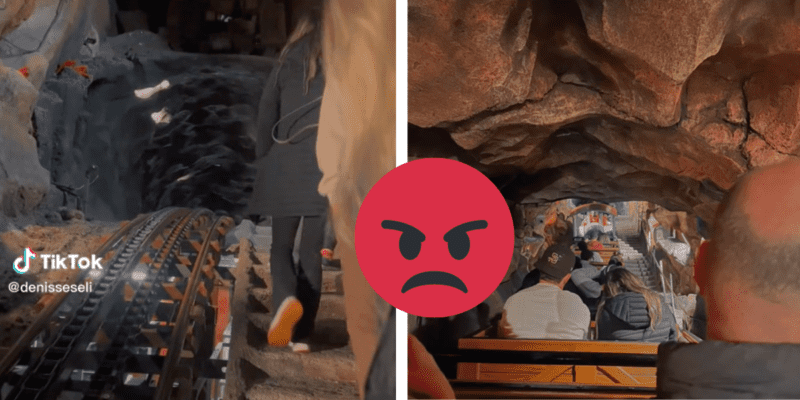 Many Disney Parks fans dream of getting evacuated through secret backstage areas. That glimpse “behind the magic” is a rarity that a group of Disneyland Resort Guests experienced this week on Big Thunder Mountain Railroad.

According to TikTok user @denisseseli, her party waited for Big Thunder Mountain Railroad to start back up after a previous breakdown. They were excited to finally board the rollercoaster:

The rise is thunder mountain. It had been stuck prior and then we finally got on and it got stuck again. Lol. #disneyland #stuckonaride #foryou #disney #stuck

Unfortunately, Big Thunder Mountain Railroad suddenly broke down again, and the group had to wait to be rescued. They eventually climbed the stairs out of the ride.

Thankfully, all Guests in the video seem to have evacuated safely. Big Thunder Mountain Railroad is operating normally at the time of this article’s publication.

Related: This Goat Trick Will Give Guests a G-Force Boost on Big Thunder Mountain

Streak through a haunted gold mine aboard a speeding train on this thrilling coaster-style ride.

Have you ever been evacuated from a Disney Parks ride?