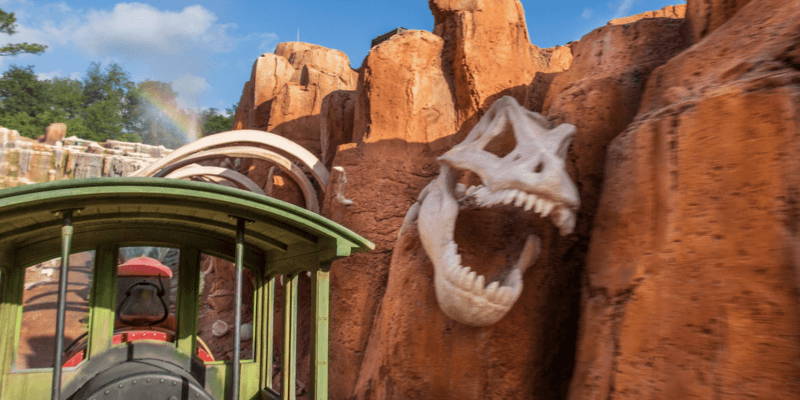 Big Thunder Mountain is guaranteed to get Guests’ adrenaline going — especially if you sit in the back of the train. But did you know that if you do this additional trick while riding Big Thunder Mountain, you will feel an extra G-force boost?

Big Thunder Mountain Railroad is located in both Walt Disney World and Disneyland, though each version is slightly different and tells its own version of the backstory. If you are visiting Disneyland in the near future, and are looking for a G-force boost — make sure to stare at the goat.

Yes, this may sound odd, but many Guests have tested out this trick and it actually works! One user took to TikTok to share a video of this trick, saying if Guests stare at the goat as they pass by, they will feel a G-force boost while riding. And the added bonus? If you sit in the back the force feels even stronger!

Check out the video from disneylandsecrets below:

Did you know about this trick on Big Thunder Mountain? Let us know in the comments below.

Do you want to visit Disneyland on your next vacation for the most magical trip of a lifetime! We can help you plan — Click here to book your trip to The Happiest Place on Earth!