"Are You Kidding Me?", Disney World Guest Gets Overwhelmed By Magic Kingdom's Most Desired Experience - Inside the Magic 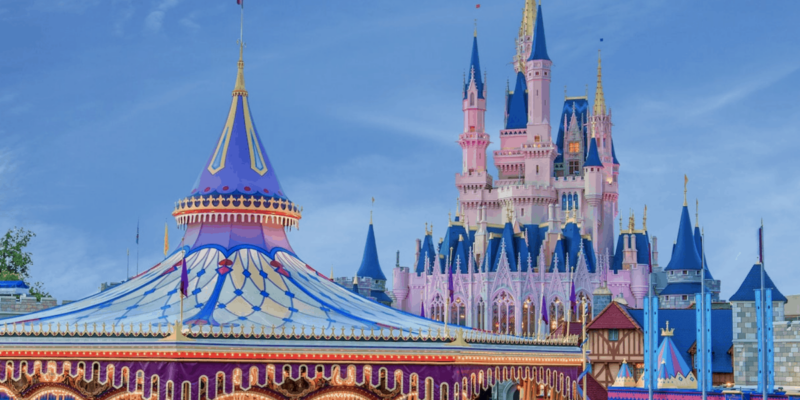 At Walt Disney World, anything can happen. And for one Guest visiting the Central Florida Resort recently, the vacation would never be the same.

Orlando’s Walt Disney World Resort is a sprawling theme park destination perfect for any Disney fan. The sheer volume of activities, attractions, and experiences is a feat in itself, never mind that each of those also comes with its own unique theme, design, and Imagineering.

Across four theme parks and two water parks, Disney World brings 100 years of Disney magic into the theme park environment, allowing fans to become Galactic Heroes with Buzz Lightyear in Magic Kingdom’s Tomorrowland, take on a mission with the Guardians of the Galaxy in Guardians of the Galaxy: Cosmic Rewind at EPCOT, soar through the skies in Disney’s Animal Kingdom’s Avatar Flight of Passage, and cruise around with the Mice themselves in Mickey & Minnie’s Runaway Railway at Disney’s Hollywood Studios.

However, alongside the big e-ticket attractions and long-standing rides, there are a number of smaller experiences that Guests can partake in — and one, in particular, is perhaps one of the most coveted in any Disney Park.

The sword in the stone.

Fantasyland, found behind Cinderella Castle at Walt Disney World and Sleeping Beauty Castle at Disneyland Resort, is where that fairytale Disney magic truly comes alive. With classic staples like Peter Pan’s Flight and Prince Charming’s Regal Carousel, newer rides like Seven Dwarfs Mine Train, and even Tangled-themed bathrooms, Disney World also has the sword in the stone which gives Guests the chance to be like Arthur Pendragon and pull the blade from a rock to bathe in heroic glory.

The problem is, it doesn’t happen to everyone. And in some cases, no matter how many times you try, it may never move. This didn’t happen for one Guest, though, as she managed to pull the sword from the stone and became completely shocked over the moment.

Sharing to TikTok, Juliana Robles was filmed during the rare experience:

In the video, you can hear others cheering for the Guest as she stands there shouting “are you kidding me?”. This rare moment is coveted by many, and with more videos making their way to social media, Guests visiting Disney World’s most popular theme park may be increasingly inclined to give the sword a try.

Soon, Walt Disney World will once again be changing as the Resort gets ready to close out its 50th anniversary celebrations. The end of the festivities brings with it the closure of Disney Enchantment and Harmonious with Happily Ever After and EPCOT Forever returning at Magic Kingdom and EPCOT, respectively.

Have you ever pulled the sword from the stone? Let us know in the comments down below!