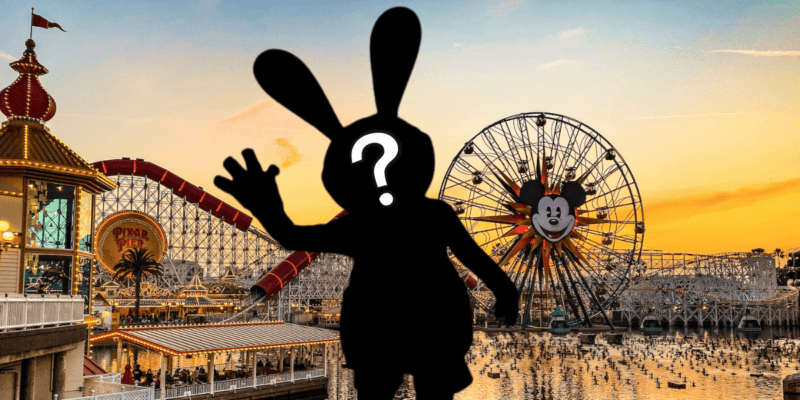 It would appear that an ultra-rare Disney character is set to have a significant presence in an upcoming event, bringing back some Disney originals to many fans’ delight.

Guests visiting Disneyland can meet and interact with the mouse that started it all, Mickey Mouse, his friends, and many characters from their favorite Disney stories. However, it would appear that Disneyland is gearing up to bring an original big-eared character back into the spotlight for an upcoming event.

The Lunar New Year Celebrations are coming back to Disney California Adventure Park. With them, Guests can expect to see all sorts of exciting offerings, from mouth-watering food and drinks to exclusive entertainment offerings and, of course, fan-favorite Disney characters that are otherwise hard to spot at the Parks. And with 2023 being the Year of the Rabbit, now’s the perfect chance for Disney to bring an iconic character back into the spotlight.

Guests visiting Disney California Adventure have reported seeing Oswald the Lucky Rabbit promoting the Lunar New Year celebrations at the Park, and with The Walt Disney Company actively working to bring Oswald back into the spotlight, seeing him lead the Year of the Rabbit celebrations at Disney California Adventure sure would be swell. Guests have also reported seeing Ortensia, Oswald the Lucky Rabbit’s love interest, who is likely to lead the celebrations of the Year of the Cat for Vietnamese New Year at the Park.

Twitter user @cheltonjm shared a couple of images where we can see Oswald and Ortensia at the Lunar New Year arch set up at Disney California Adventure.

DCA’s Lunar New Year arch is up & it features Oswald & Ortensia! Maybe they’ll be the hosting characters this festival?! & i think this will be Ortensia’s domestic parks debut? @EveryCharacter_ would know. #disneyland

DCA’s Lunar New Year arch is up & it features Oswald & Ortensia! Maybe they’ll be the hosting characters this festival?! & i think this will be Ortensia’s domestic parks debut? @EveryCharacter_ would know. #disneyland pic.twitter.com/i2Bgsy6SUn

Disney has not released any official information promoting these characters or the first images of them at the Park, as they could be wearing a special outfit during the Lunar New Year celebrations at Disney California Adventure. However, thinking that these original Disney characters could lead the event this year is not farfetched after seeing them posted in the arch set up by Disney for the event.

Would you like to see Oswald the Lucky Rabbit and Ortensia at Disney California Adventure? Let us know in the comments below!