Illusion Revealed As Haunted Mansion Stalls - Inside the Magic 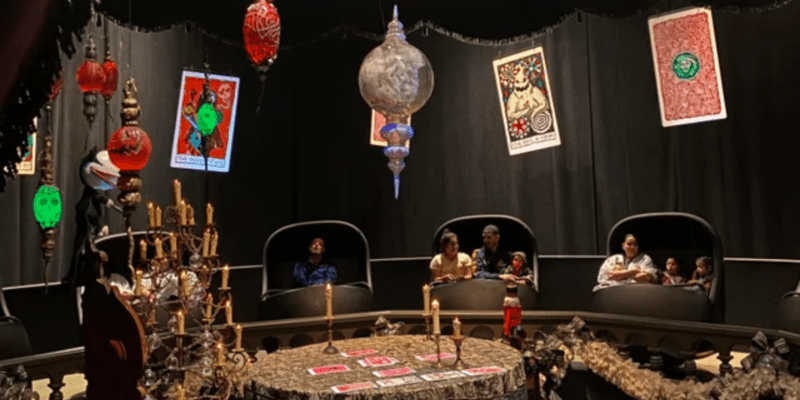 There have been several reports of Disney Parks rides stalling, stopping, or outright closing lately, but they don’t normally result in anything too devastating apart from Guests being escorted out for their safety. However, riders aboard the Haunted Mansion today were treated to a rather unusual view of one of the attraction’s most famous scenes.

Nearly every Disney Park has some variation of the Gracey Manor. From Disneyland to Tokyo Disney, every Park has a large mansion where unusual things begin to happen. Home to 999 Happy Haunts, the attraction is an Imagineering masterpiece brought to life by a plethora of different illusions and special effects, some of which date back to the 1860s. The problem with some of these more vintage effects is that some can be easily undone in the right conditions.

Related: The Haunted Mansion, Its Museum, and the Secret Society

Tiktok user, @dizndonohues, posted a video where their Doom Buggy had stalled in the midst of Madame Leota’s seance, and the lights came on.

As they waited to be escorted off, the Guests were given a full view of the floating medium’s chamber and how her crystal ball actually functioned. The only thing more disillusioning than having to be escorted out of a Disney attraction by Cast Members was realizing that Leota’s effects were created, not by some magician’s long-kept secret, but by common wires and lights. Needless to say, the magic of this ride was drained away in record time.

Disney often goes to great lengths to ensure that their Guests are kept in a constant state of immersion, to which they normally succeed. Unfortunately, this group of Guests were given a rather revealing peek behind the magical curtain. Once again, the ongoing need for more ride maintenance breaks the once painstakingly preserved Disney experience. Hopefully, this is just a small hiccup on an otherwise enjoyable trip to the Parks.

Was the illusion broken for you? Tell us in the comments below!