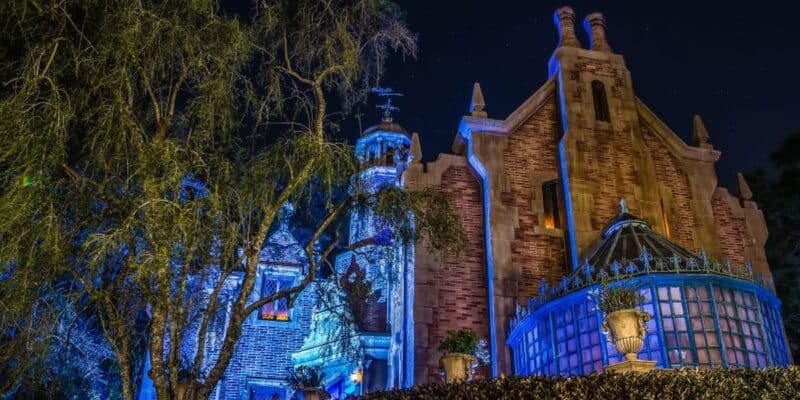 The Haunted Mansion is one of the most timeless and treasured attractions at any Disney Park, so much so that nearly all Parks around the world have some form of Mansion attraction for guests to get their thrills and chills. So if the attraction is such a smash with audiences and an all-around classic for the Disney Parks, why would the company want to change it?

The original Disneyland attraction has a long history and volumes of lore that compose its eccentric and eerie personality, and it has since inspired several other attractions in Walt Disney World, Disneyland Paris, and even Tokyo Disneyland as well. Although they all share a common fountainhead, each variation of the manor has something extra and unique that separates it from the original. Most hardcore Haunted Mansion buffs are quick to cite Phantom Manor of Disneyland Paris as the cult favorite, but it looks like Tokyo Disneyland’s version is set to venture into regions beyond the expected.

While no physical changes will affect the ride itself, the ghostly tales of the Gracey Manor are being rewritten and revamped with an anime-inspired theme. As part of an augmented reality project that takes Guests beyond the attraction, the Haunted Mansion is being given a new story with gorgeous artwork and even special characters to breathe new life into a fan-favored attraction.

The story will feature Constance Hatchaway in a main role, as well as two new butler characters to serve as guides to the audience. Even the Hitchhiking Ghosts have gotten an anime makeover to fit in with the designs of this ambitious addition to the attraction. That’s all well and good, and it’s always great to see Disney trying new things,but some fans might be wondering what this means for them.

Longtime fans of the attraction don’t have to worry about Disney digging up old bones and replacing it with something too modern, as nothing will be physically altered in the attraction itself. The AR project is something of an additional feature to an already famous dark ride. The Haunted Mansion is one of those attractions that would be scandalous to alter too heavily, so fans can rest easy knowing that it will still retain its core features.

What do you think of the Haunted Mansion with anime characters? Tell us in the comments below!