Protest Could Be Brewing Outside Disney World - Inside the Magic 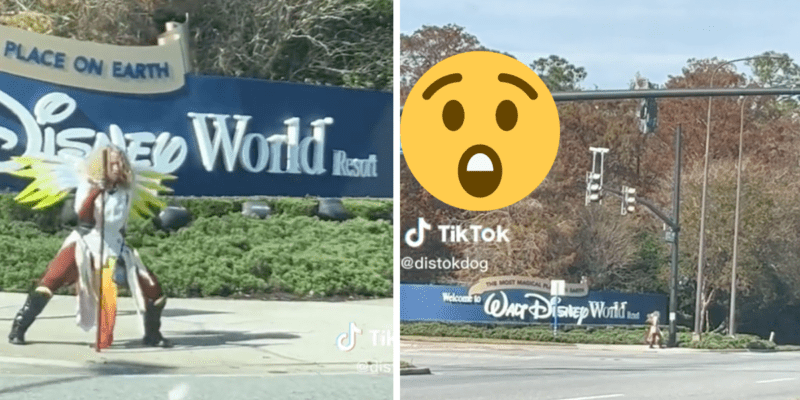 Disney Parks have unwittingly hosted a surprising amount of protests in the last year, from a secret FastPass+ activist at Disneyland Resort to Disney Cast Member union demonstrations at Walt Disney World Resort.

Many Guests have grown disgusted as others politicize historical Disney Park experiences like the Hall of Presidents, cheering and booing political figures they don’t like. Others have displayed their concerns in more disturbing ways, like white supremacists who flew swastika flags outside Walt Disney World Resort in the wake of The Walt Disney Company’s conflict with Florida Governor Ron DeSantis.

In February, DeSantis announced the Parental Rights in Education Act, which “prohibits any instruction about sexuality or gender between kindergarten and third grade, or in a manner that is not age-appropriate or developmentally appropriate for students in accordance with state standards,” according to NPR.

Fans and Disney Cast Members led protests around the country after public records revealed that Disney had donated to many politicians who sponsored the bill. Disney released a statement on March 3 but didn’t directly mention the “Don’t Say Gay” bill. Fans asked former Disney CEO Bob Chapek to directly condemn the anti-LGBTQIA+ legislation, and Pixar staff wrote The Walt Disney Company a letter asking the company to take a stronger stance against the bill. Chapek then called DeSantis to tell him that Disney did not support the bill. Disney also promised to pause political donations in Florida after donating $4.8 million to Florida campaign funds in 2020.

DeSantis responded by introducing and passing legislation to dissolve the Reedy Creek Improvement District, which has allowed Walt Disney World Resort to operate private municipal services since 1967. Despite lawsuits, DeSantis will likely appoint a committee to manage the district.

This week, Walt Disney World Resort was met with a different type of demonstration. @distokdog shared a video taken outside one of the entrances to the Central Florida Disney Park:

A cosplayer dressed as Mercy from the video game “Overwatch” danced and posed in front of the Walt Disney World Resort sign. The cosplayer was alone, and it’s unclear what, if anything, she was protesting.

Surprisingly, this isn’t the first time she’s been spotted. “She’s there fairly often too 😂 I had to awkwardly walk past her and she stared at me the whole time,” @jacobwithaneye commented.

“I’ve driven by on at least 3 different weekends and she’s there,” said @the_bourbon_brunette.

Have you ever seen demonstrations outside of Walt Disney World or Disneyland Resort?

Comments Off on Protest Could Be Brewing Outside Disney World