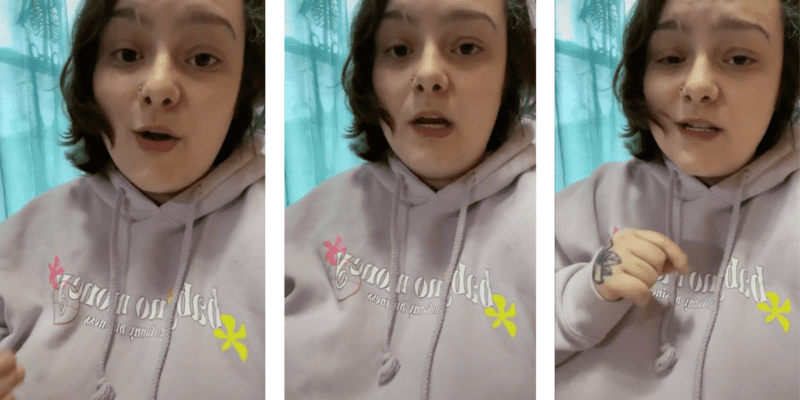 Last year, a controversial TikTok trend went viral regarding the dress code at Walt Disney World Resort. It started with a video by TikTok user Amanda DiMeo, who uploaded a video to her over 800,000 followers explaining how to get “a free Disney shirt of your choice.”

In the video, which got picked up by FOX News, DiMeo wore a cropped shirt that didn’t comply with Walt Disney World’s dress code and was given a voucher by Cast Members to get a free shirt at a Disney merchandise location.
While Disney doesn’t guarantee Guests a free shirt, many Guests who wore clothing that went against Disney’s dress code reported benefiting from a similar magical moment.

In May 2022, two incidents went viral in which Guests wore inappropriate clothing at EPCOT and Magic Kingdom and weren’t given free shirts. Anonymous Cast Members reported that due to the trend, they’d been told to stop giving out “magical moments.”

Disney Park fans, like former Cast Member @TremaineTok on TikTok, admonished the Guests for taking advantage of Disney’s dress code and “disrespecting” the Parks. However, @itsgottobekd on TikTok has a different perspective:

“While I do get you shouldn’t be harassing staff or being disrespectful to them, you can still complain about how stupid and misogynistic Disney Parks rules are,” the TikToker says. “I understand that it is a family-friendly Park and I understand that it’s a corporation and they can do whatever the h*ll they want in their own Parks. But that doesn’t make their rules any less stupid and misogynistic.”

“If you weren’t aware, these are some things that can get you refused admittance. Objectionable tattoos. So, you have a tattoo that’s “inappropriate” for Disney and you can’t get in there? That is a permanent fixture on your body. And they also have this rule that if you are showing excessive portions of the skin that may be viewed as inappropriate for a family environment, you can be refused admittance. But that whole family-friendly environment kind of falls apart when you think about the fact that people live outside of Disney Parks and see people in revealing clothing all the time. These rules are just as misogynistic as public school dress codes are and you don’t see people – well, people on the left – complaining that teenagers are challenging these rules.”

Though many Cast Members have said that the main issue with the viral “inappropriate” clothing is ties that can become undone or tangled on Disney Park rides, this TikToker calls it “a direct contradiction” of the rules on the website, as ties aren’t mentioned but “excessive portions of the skin” are.

“Disney doesn’t need anybody defending them. Remember, Walt Disney was a literal Nazi and Disney as a corporation has been lobbying the government to keep their stupid mouse out of public domain for like 70 years,” she continues. “They are a multi-billion dollar corporation founded by a Nazi. I don’t really think they need you defending them. And I think it’s perfectly valid to call out corporations for being misogynistic and having misogynistic rules.”

This isn’t the first time Guests have complained about the hypocrisy of the Disney dress code. Last month, a photo of a Guest in a profane AR-15 shirt at Disney Springs went viral, leading fans to wonder why women in revealing clothing were punished while a man wearing a profane shirt wasn’t.

Do you think Disney’s dress code is fair?