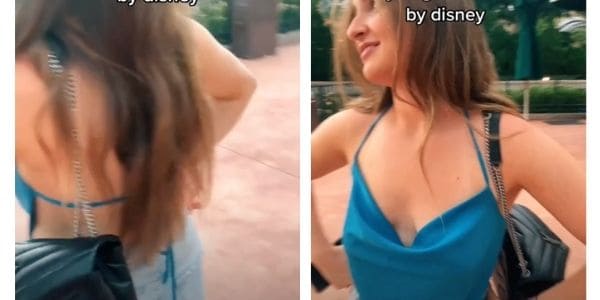 Recently this summer, a TikTok went viral, which showed a Guest being “dress coded” at Walt Disney World and given replacement clothes for their outfit which was deemed “inappropriate” by Disney.

While Walt Disney World and Disneyland are most famously known for providing quality entertainment for Guests of all ages, one thing that may slip past most Guests’ thoughts is the rules they must follow while in the parks. In a TikTok which went viral with over 220,000 likes, Jordyn Graime (@jordyngraime) shared how she was given a free shirt by Disney due to her outfit being deemed too “inappropriate” and violating Walt Disney World’s dress code.

See the TikTok below:

According to TikTok’s caption, Walt Disney World did not approve of Guest’s outfit due to the backless nature of it. The Guest shows a receipt for a shirt that they claim Walt Disney gave her as a way to cover up the “inappropriate” outfit while in the Disney Parl. Many in the comments shared their thoughts and opinions on the situation.

I don’t see anything wrong w her shirt, It’s cute

What do you think of this dress code issue? Have you ever been told your outfit was inappropriate by Disney?