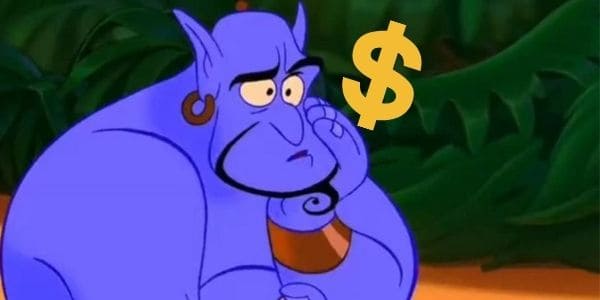 Are prices at Disney getting out of hand?

Due to the popularity of all of the Disney Parks both domestic and international, one of the biggest problems that Guests face while visiting is the insane wait times. Whether it’s the Seven Dwarves Mine Train in Magic Kingdom, Frozen Ever After in EPCOT, Rock ‘n’ Roller Coaster in Hollywood Studios, or Flight of Passage in Animal Kingdom, Guests will for sure be waiting in line for a certain amount of time for these attractions and many others.

Disney Genie, Genie+, and therefore Lightning Lane have recently been implemented in the American Parks as a way to cut down wait times, but are the prices for the service too high?

The addition of Disney’s Genie and Genie+ services within the parks has been controversial, to say the least. Following a less than enthusiastic release in Walt Disney World for some and a troubled release in Disneyland just last week, it is safe to say these services are not entirely “loved” by the Disney community quite yet. That being said, Disney CEO Bob Chapek noted that there have been rave reviews regarding the system. Now, another issue has been brought up in the form of Disney’s newest solution of its “FastPass” system at both the Disneyland and Walt Disney Worl Resort.

Disney’s Lightning Lane allows Disneyland and Walt Disney World Guests to make a one-time purchase through the Genie app allowing them to use a faster queue line and bypass the longer Stand By entrance.

This new replacement of Disney’s FastPass has been slightly controversial within the Disney Parks community since its initial release and some are highlighting the faults in the system. One glaring issue with this system is that the cost to bypass a queue for a single attraction comes close or even exceeds what Disney Cast Members make per hour. The Mouselets (@themouselets) on TikTok shared a video regarding this comparison:

The TikTok highlights a Tweet by @aleacabri who shares a screenshot of the Genie app offering a Lightning Lane pass for  Star Wars: Rise of the Resistance for $20. The Tweet highlights how this price is more than the average hourly pay for Disney Cast Members which is typically set at $12 an hour. Many ran to the comments to share their opinion on this comparison. User @genericuserga said:

I simply did not put two and two together

I’m still going to pay it

What do you think of this comparison? Have you used Disney’s Lightning Lane service? What are your thoughts on the current prices at Disney?