Everything Coming to Disney+ in 2023 - Inside the Magic 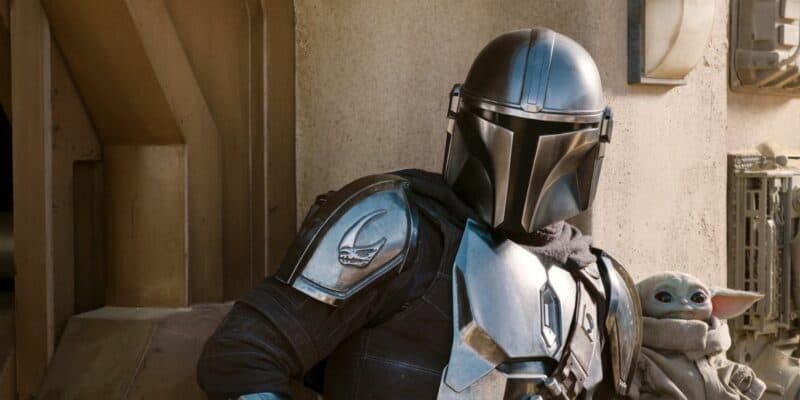 The new year is almost here, and we’ve got the intel on some of the exciting new movies and TV series coming to Disney+ in 2023!

Disney+ released a new trailer today outlining some of the new content that Disney+ subscribers can look forward to streaming this upcoming year.

In the trailer, which is narrated by Tom Hiddleston, who plays Loki in the Thor films and in the Loki series, we get a glimpse of some new entertainment coming to Disney+ in 2023:

Season 3 of The Mandalorian is coming to Disney+ on March 1, 2023, and we couldn’t be more excited! Even Pedro Pascal, who plays Din Djarin in the series, had hinted at Brazil’s Comic Con Experience that there would be some exciting new surprises in store. This series follows the Mandalorian bounty hunter Din Djarin and Grogu, or “Baby Yoda” to some fans.

Dug Days is returning to Disney+ with a new installment, entitled “Carl’s Date.” We do not have a confirmed date for this new installment, but here is a brief synopsis of the series, per Disney+:

Pixar Animation Studios’ “Dug Days” is a series of shorts that follows the humorous misadventures of Dug, the loveable dog from Disney and Pixar’s “Up.” Each short features everyday events that occur in Dug’s backyard, all through the exciting (and slightly distorted) eyes of our favorite talking dog. Written and directed by Academy Award nominee and Emmy Award winner Bob Peterson.

Loki season 2 is premiering in 2023, although we don’t have a confirmed date. We recently reported how this season might look different than season 1, as Doctor Strange might have something to do with this new series, given his impact on the overall Marvel Cinematic Universe. Either way, things will definitely be interesting this upcoming season with the God of Mischief.

Announced at this year’s D23, Peter Pan & Wendy will follow the adventures of Peter Pan, Wendy, Captain Hook, and several other characters we know and love from previous Peter Pan adaptations.

Black Panther: Wakanda Forever was a smash hit this year, and was nominated for several awards. The film pays a beautiful tribute following the death of King T’Challa, played by the late actor Chadwick Boseman, and tells the story of the people of Wakanda defending their home from other world powers.

Also announced at D23 this year, Win or Lose is the first full-length series from Pixar. Starring Will Forte as Coach Dan, this series follows a middle school softball team in the week of their championship game. Each episode will be told from the perspective of a different character, and we can’t wait to see what tales unfold in this series!

Ahsoka is a new Star Wars-inspired mini-series featuring Rosario Dawson as the live-action version of Ahsoka Tano, a fan-favorite character from the Star Wars universe. This series premieres on March 12, 2023, and will center on Ahsoka’s adventures.

Secret Invasion is a Marvel crossover mini-series that features Nick Fury, who has a new look: he now showcases his scarred eye and no longer has the iconic eye patch. As we recently covered, here’s a look at what this series will entail:

American Born Chinese is a new Disney+ Original series based on a graphic novel of the same name. This story follows Jin Wang, a teenager who is working to balance his social life and home life. His world then changes when he meets a new student on the first day of school and gets involved in a battle of Chinese mythological gods.

Crater, a Disney+ Original movie, is a coming-of-age story that is set on a moon colony. Here is a closer look at what this film will feature, per IMDb:

After the death of his father, a boy growing up on a lunar mining colony takes a trip to explore a legendary crater, along with his four best friends, prior to being permanently relocated to another planet.

And finally, season 2 of The Bad Batch, a Star Wars TV series, will premiere on January 4, 2023. The second season received several great reviews from certain content creators and critics, who were able to watch some of the episodes ahead of the premiere date. As we previously reported, the series follows the Clone Force 99, which was a Clone Trooper unit first shown in the series Star Wars: The Clone Wars. Led by Hunter, played by Dee Bradley Baker, the squad eventually turned from the Galactic Empire and became heroes.

You can watch the trailer below for more on these new projects:

These are just some of the several new pieces of content that will be available on Disney+ this year, and we’re excited to see all of the new additions!

Which of these movies or series are you looking forward to streaming on Disney+ next year?

Comments Off on Everything Coming to Disney+ in 2023