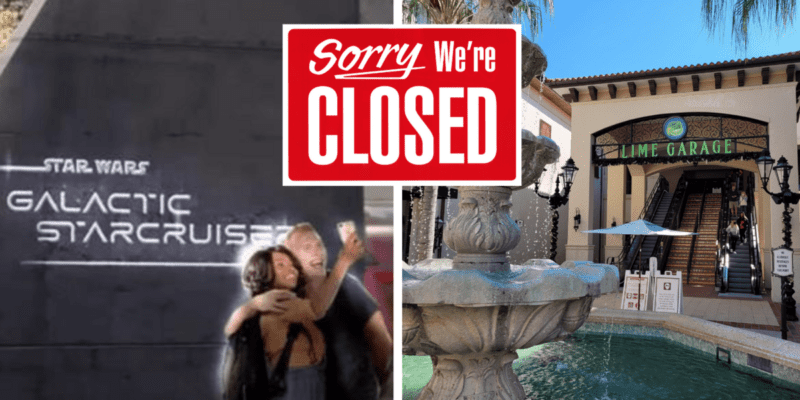 On Tuesday, the Disney Park backpedaled on its plan to close multiple Resort hotels, including Fort Wilderness Resort and Campgrounds. Now, those plans and more are back on. From Walt Disney World Resort:

Star Wars: Galactic Starcruiser voyage scheduled to begin tomorrow, November 10 will be cancelled. We are contacting Guests with reservations.

Effective immediately, we will not enforce cancellation policies until further notice for dining and other experiences like Savi’s Workshop and Bibbidi Bobbidi Boutique. Guests with pre-paid reservations will be cancelled and refunded to the original form of payment.

Ferrytale Fireworks: A Sparkling Dessert Cruise has been cancelled for Wednesday, November 9.

In addition to these new closures, Magic Kingdom, Disney’s Animal Kingdom, EPCOT, and Disney’s Hollywood Studios will begin phased closures on Wednesday afternoon. The Disney Parks are not expected to open on time on Thursday as Tropical Storm Nicole passes through the area.

This is the second time the Florida Disney Park has experienced closures this season due to a tropical storm. Tropical storm turned Hurricane Ian hit the Disney Parks in October, surpassing Hurricane Dorian, Hurricane Matthew, and Hurricane Irma as the worst storm to target the region in years. Central Florida, which typically avoids the worst aftereffects, faced significant flooding and wind damage.

Inside the Magic will continue to report updates on Subtropical Storm Nicole.