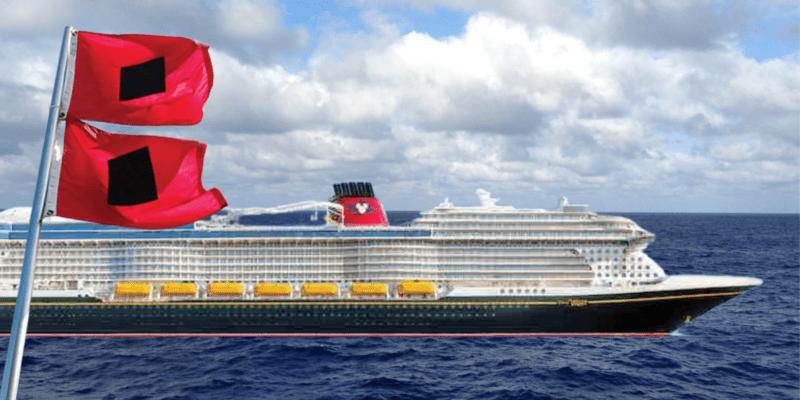 Hurricane Ian made landfall in Cuba on Tuesday morning and is currently maintaining its track toward Florida. The storm is projected to finally hit Florida on Wednesday night on the west coast between Fort Myers and Tampa, and the impending arrival of Ian is cause for great concern, as the National Weather Service and the National Oceanic and Atmospheric Association (NOAA) have referred to the storm as a major hurricane that is both powerful and capable of “devastating” destruction.

In response to the approaching hurricane, Central Florida’s theme parks and theme park resorts announced plans to close temporarily on Wednesday and Thursday, causing chaos and stress for Guests whose plans involved visiting the parks this week. But at least one group of travelers erupted in cheers of excitement at the news of Hurricane Ian’s effects on their trip.

Passengers aboard Disney Cruise Line’s newest ship, the Disney Wish, got an unexpected surprise on Tuesday as they were sailing. Per a tweet from Attractions Magazine, the Wish’s current sailing was scheduled to return back to port on Friday, but because of the projected arrival of Hurricane Ian in Florida, the cruise will be extended by one day and return on Saturday.

The announcement was made Tuesday by the captain of the ship as a group of passengers was enjoying dinner at the ship’s Frozen-inspired restaurant onboard, called Arendelle: a Frozen Dining Adventure, and diners immediately began cheering at the news.

Our @DisneyCruise Wish was supposed to return Friday. The captain just announced we won’t be returning until Saturday. Listen as the diners in Arendelle erupt in cheers when the announcement is made. #HurricaneIan pic.twitter.com/nZNM5Sdeg7

Clearly, diners were excited upon hearing that despite the uncertainty and danger surrounding Hurricane Ian, that the storm has netted them an additional day at sea.

As this situation continues to evolve, we will continue to update readers with the latest information about Hurricane Ian, as well as those experiences and places impacted by the storm.