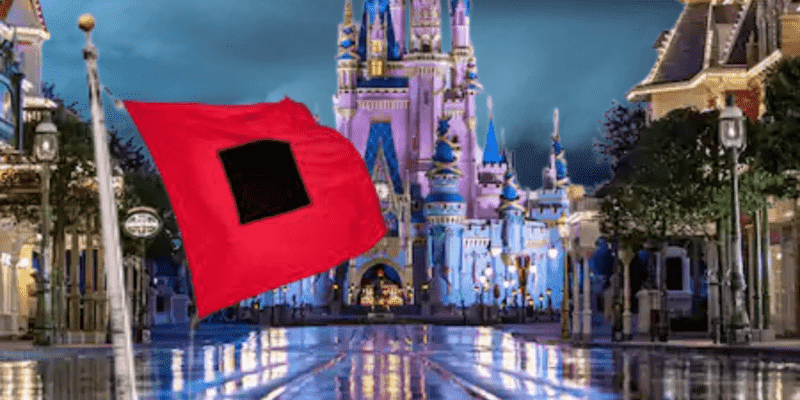 Since Hurricane Ian made landfall in Cuba on Tuesday morning, information about the storm’s projected path has changed, plotting the storm on track to make landfall in the Tampa Bay area on Wednesday evening or Thursday morning, but current watches and warnings in the Disney World Resort area have Guests wondering whether the parks will be forced to completely shut down operations for the first time since March 2020.

The Walt Disney World Resort is located in Orange County and Osceola County, Florida in the centermost part of the state, and though the parks are situated away from the coasts, the potential for damage and devastation still exists at the Most Magical Place on Earth.

At the time of this post, current watches and warnings related to Hurricane Ian for Orange County and Osceola County include the following:

A hurricane watch has been extended from Lake County to include Okeechobee, Orange, Osceola, and Seminole Counties. The current watch was issued shortly after noon ET on Tuesday and is set to expire at 6:00 p.m. ET, though additional watches and warnings will likely be issued.

A hurricane watch means that the National Hurricane Center expects hurricane-force winds to be possible in the watch area within the next 48 hours.

A tropical storm warning means that sustained winds of at least 39 mph are expected in the warning area within 36 hours.

Additionally, on Tuesday the NOAA said in a special weather statement that the potential exists for a Hurricane Warning to be issued in some of these counties, depending on the storm’s tracking forecasts.

Per weather.gov, a special weather statement for Florida reads as follows:

Ian is forecast to continue north around 10 mph today before turning north-northeast and slowing in forward speed tonight into Wednesday. Re-strengthening of Ian is forecast, beginning this afternoon and continuing through Wednesday, before approaching the southwest coast of Florida as an extremely dangerous major hurricane Wednesday afternoon and Wednesday evening.

The potential continues to increase for hurricane conditions in squalls near the center of Major Hurricane Ian, especially from Lake George to Lake Okeechobee. A Tropical Storm Warning is now in effect for all east central Florida counties and adjacent Atlantic waters. A Hurricane Watch continues for Lake County, in addition to an expansion of the Hurricane Watch that includes Seminole, Orange, Osceola, and Okeechobee counties. There is potential that a Hurricane Warning may be needed in these counties, depending on future track forecasts for Ian.

During a televised update from Governor Ron DeSantis on Tuesday morning, the main threat from Hurricane Ian is major flooding, and per the National Oceanic and Atmospheric Administration (NOAA), “significant flooding impacts” may begin as soon as today:

Significant flooding impacts are expected and will begin as soon as today, with wind impacts arriving as early as mid-day Wednesday across interior locations. Significant to extensive wind impacts are expected with the onset of Tropical Storm-force wind gusts associated with the outer bands of Ian, beginning Wednesday mid-day and continuing into Thursday. Wind impacts may linger into Friday morning across north-central portions of east central Florida, generally from Orlando and Cape Canaveral northward.

Comments Off on ‘Hurricane Watch’ Has Been Issued in Disney World’s Counties; May be Upgraded to ‘Hurricane Warning’