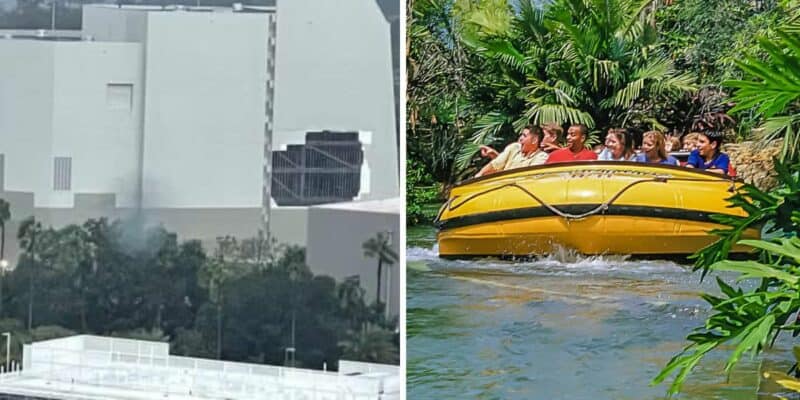 Jurassic Park River Adventure is a thrilling water ride that can be found at Universal’s Islands of Adventure theme park. I love this attraction, as it is filled with massive dinosaur animatronics and a splashdown drop at the end!

There may not be a more iconic experience at the Resort than Jurassic Park River Adventure, and Guests have been hopping aboard it for decades now. However, the ride is now damaged due to the massive hurricane moving through Florida.

Unfortunately, due to the ongoing flooding and high-speed winds of Hurricane Ian, the attraction has now faced some serious damage.

The damage was shown in a tweet from Universally Addicted (@UniversallyAdd) which is linked below:

Hole Ripped on the side of Jurassic Park River Adventure at Universal Orlando Resort During Hurricane Ian.  @UpperLotPodcast

Hole Ripped on the side of Jurassic Park River Adventure at Universal Orlando Resort During Hurricane Ian.

As you can see, a massive hole can now be seen on the show building for the ride. We are sure this will not be the only damage Universal Studios or surrounding theme parks will face when all is said and done.