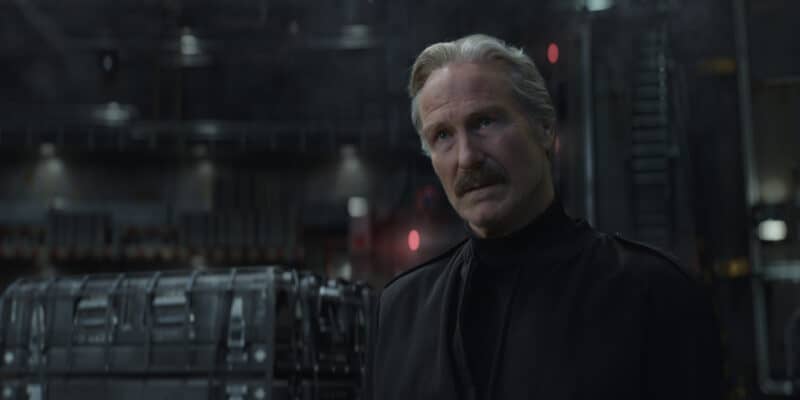 Harrison Ford taking over as Thaddeus Ross could be problematic for the Marvel Cinematic Universe, and Marvel could be making a grave mistake hiring the legendary actor.

There’s no debate that Ford is a fantastic actor. There’s a reason he has starred as several iconic characters such as Indiana Jones, Han Solo, Rick Deckard, etc. The actor has spent decades impressing fans with his talent, but the MCU might not be the best decision the actor has made.

There are quite a few reasons why Ford shouldn’t take on the role, as the actor might not realize what he has gotten himself into even if the check from Marvel Studios pays him well.

Harrison Ford is now 80 years old. It won’t be long before he can’t do a scene in person without injuring himself. With Ford replacing William Hurt, it seems that Marvel has only a few movies before saying goodbye to Thaddeus Ross entirely, which isn’t a great thing for fans to think about.

Normally, MCU characters appear in a few movies over five years, but they rarely star in MCU movies back to back. Ford will have to do this for Captain America: New World Order (2024) and The Thunderbolts (2024).

Related: MCU: Who Is the Silver Surfer?

After that, it’s unclear if Ford’s time with Marvel Studios will come to an end as the actor might retire or what will happen with the character. If Ford immediately turns into the Red Hulk, Ford might not have to do much, but the studio will definitely want to use motion capture to get all of his facial expressions and natural movement to make the Red Hulk realistic.

Another problem is that Harrison Ford could die in the middle of Marvel’s plan with the character, forcing the studios to recast Ross once again and creating even more confusion for casual viewers.

Harrison Ford has no love for Star Wars. Marvel fans should be concerned because both franchises are well-known for their fandoms, and Ford probably won’t know any comics, including the Red Hulk, before talking to the press.

If anything, fans should brace themselves for Ford to make rude comments about Marvel due to his lack of knowledge about the characters because he did the same with Star Wars. Ford has repeatedly commented that he was happy that Han Solo died and wished his role in the franchise could’ve ended sooner.

With Marvel, Ford is entering another franchise full of fans dying to ask questions that Ford will have no idea how to answer. It will create some great memes, but Ford is probably in it for the role and probably has no care for the franchise other than it will pay him well.

How to Honor William Hurt’s Legacy

Harrison Ford replacing William Hurt is Marvel’s first time recasting a dead actor. While fans want Marvel to do the same with Chadwick Boseman’s T’Challa, Marvel has made it clear that they have zero interest in replacing Boseman, but it’s unclear how Marvel will proceed from now on with future actors who face the same predicament.

Not every super hero will get a clean run in the MCU. Some characters end up with a recasting, but Marvel hasn’t been consistent with how to approach dead actors who still have a role in the MCU. William Hurt may have received some condolences from Marvel Studios, but they immediately found an actor to play the role a few months later.

If Marvel is smart, they will dedicate time to honor Hurt in Ford’s first MCU movie as his replacement. From now on, Marvel better has a clear idea of how to do recasts for dead MCU actors because going on a case-by-case basis might be considered rude to actors who have another actor take on the role while others don’t.

This might not seem like a big problem, but Marvel chose not to recast T’Challa in honor of Chadwick Boseman, but they had no problem recasting Hurt. Is this because Hurt isn’t as crucial as Boseman? It’s possible, but then that leaves a bad taste for some fans who might love the original actor and don’t want another character to act in their stead.

Do you think Harrison Ford should “Thunderbolt” Ross? Let us know what you think!

Comments Off on Harrison Ford Shouldn’t Be “Thunderbolt” Ross