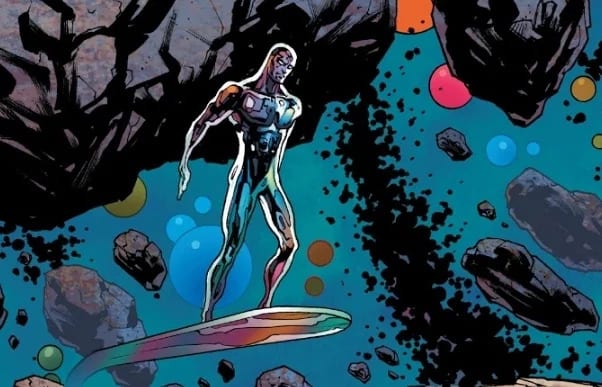 The Silver Surfer is one of the most recognizable characters in Marvel Comics, and he’s scheduled to make his MCU debut as a “special presentation” on Disney+. However, not all fans might be familiar with the ethereal and alien “Herald of Galactus.”

Along with the Fantastic Four, Marvel fans have been waiting and longing for an MCU adaptation of the Silver Surfer for a long while. Following the recent premiere of Werewolf By Night, Marvel is set to give the Surfer his own solo special on Disney+ instead of being put against/with the Fantastic Four. Given the character’s past, abilities, and interplanetary adventures, it makes perfect sense that Disney/Marvel would want to give him a chance to strut his stuff before officially mingling with any of the MCU’s superhero teams.

The “Special Presentations” in the upcoming phases of the MCU are far beyond the typical spinoffs like Moon Knight, She-Hulk, or Loki. To call them “mini-movies” wouldn’t be far from the truth, as they take a far more cinematic approach than just a miniseries or animated spinoff like What If…?. The Silver Surfer truly needs a Star Trek/Star Wars type of sci-fi story to do the character justice. With the right direction and writing, the Surfer could very quickly become Disney’s answer to Doctor Who, especially with his habits for traveling across the oceans of time and space.

Apart from being the herald and servant to the Eater of Worlds, the Silver Surfer has a long and impressive history in the Marvel Multiverse. To save his planet from the hunger of Galactus, Norrin Radd sacrificed himself to become the Silver Surfer, an emissary sent by the evil cosmic entity to find new planets to consume. With the Fantastic Four’s help, the Surfer turned on his master and emancipated himself from Galactus’s grip. Now free, he sails through the galaxy on his silver board and uses his powers for good. A series concerning his exploits outside of earth before or after Galactus would give him a proper introduction to the MCU and perhaps the Fantastic Four.

Galactus aside, a series that focuses on the Silver Surfer’s adventures apart from the Fantastic Four would likely be the best approach, maybe even having a run-in with the Guardians of the Galaxy or the NOVA Corps for good measure. Although the series is still in development, fans can certainly expect high hopes for this highly versatile and powerful character when he arrives on Disney+. Until then, all they can do is wait.

Are you excited to meet the Silver Surfer? Tell us in the comments below!

Comments Off on MCU: Who Is the Silver Surfer?