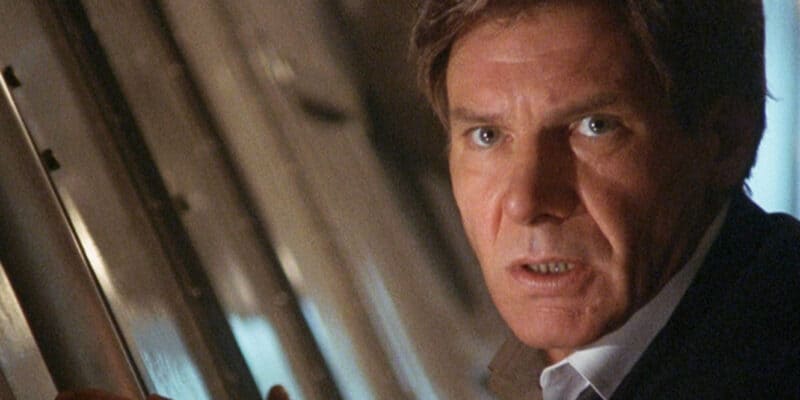 While fans may have learned that Harrison Ford will be recasting William Hurt as the new Thaddeus Ross in the MCU, it seems that Marvel plans to make some strange changes to the character before their next appearance.

Captain America: New World Order (2024) will focus on continuing Anthony Mackie’s journey as the new Captain America after working with Bucky Barnes to get the shield from John Walker’s US Agent in Falcon and the Winter Soldier. Now, Sam Wilson won’t be the Falcon anymore as he dons the stripes and uses the iconic shield Chris Evan’s Steve Rogers gifted him.

Harrison Ford joining the MCU was almost revealed at San Diego Comic-Con, but Marvel wanted to ensure the spotlight stayed on Indiana Jones 5 since Ford was looking forward to fans seeing the first look at Ford’s final time as the famous adventurer.

Hurt’s portrayal went from a General in the United States army to Secretary of Defense, and now Marvel plans to change that once again. The Cosmic Circus reports that Ross will be showing up in the movie as a private citizen with some military connections.

This does open the door for which side Ross will be on since he could be helping Tim Blake Nelson’s The Leader to potentially get some of Hulk’s blood, or he could side with Anthony Mackie’s Sam Wilson/Captain America as a way to help protect the world.

The problem with this change is that it makes no sense why Marvel would take Ross out of the military. If anything, Ross should stay as Secretary of Defense until the end of the movie and set up his next story as the Red Hulk.

One obstacle Marvel would face is ensuring not to show the military in a bad light, as movies can’t usually show bad depictions of the military in something as big as the Marvel Cinematic Universe. Having Ross as a private citizen bypasses that obstacle if Ford’s iteration of the character will pull some strings to bring in some ex-military people, but it’s hard to say that Ross will have a large role in the movie.

While this change isn’t confirmed to be true just yet, it would be concerning to see Ross as a private citizen just walking around doing shady stuff unless he is already the Red Hulk.

The only way something like that could work for a good twist is that Ross was let go by the United States government once the Sokovia Accords were repealed, and they don’t want him hurting more super heroes after Endgame and seeing new super heroes like Ms. Marvel and Moon Knight rise up to protect the world.

Ford playing the role is an interesting choice due to the actor already being quite old and Marvel movies normally requiring some action scenes. Marvel did allow Ross in Black Widow to have minor action as he sent his military forces after Natasha Romanoff, but Ford’s Ross won’t have access to the government if he’s a private citizen leaving his resources to be quite limited unless he becomes the Red Hulk early into the movie.

What are your thoughts on this new update on Ross? Let us know what you think!