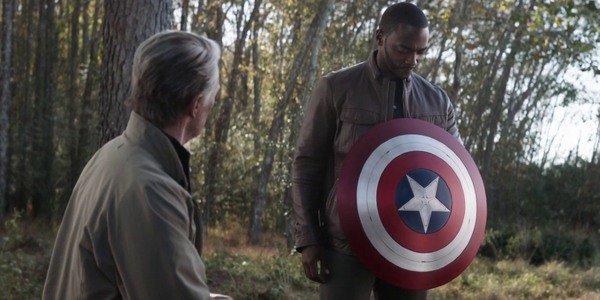 After 14 years, Marvel will help a forgotten MCU villain return to the Spotlight to fight Anthony Mackie’s Captain America.

Captain America: New World Order (2024) received an exciting update at D23 this year. While Kevin Feige was giving fans small updates on future MCU projects, fans learned that Tim Blake Nelson’s Dr. Samuel Sterns would return to the MCU as The Leader, a villain teased in The Incredible Hulk (2008) but never seen again.

The Leader was last seen in the MCU injecting himself with Banner’s blood, transforming him into the villain he is today. Due to rights issues with Universal Studios, Marvel might not have had a choice with The Leader, as they reportedly get the rights back for the Hulk in 2023.

This means that Marvel had to wait years and not use the villain purposely, but one source explains that Marvel did explain where the villain has been all these years. Since The Incredible Hulk (2008) was part of Nick Fury’s Bad Week, Marvel confirmed that Scarlett Johannson’s Black Widow subdued The Leader and had the villain in S.H.I.E.L.D.’s custody.

In case you don’t know much about The Leader, here’s a brief description of the villain:

Samuel Sterns aka the Leader was a simple American worker in a chemical plant in a menial capacity until an accident working with radioactive material bombarded him with gamma radiation, turning his skin green and making his head grow. The radiation increased his intelligence to genius-level along with his ego and ambition to match. This led him into conflict with the Hulk becoming his self-proclaimed arch-enemy.

After HYDRA destroys S.H.I.E.L.D., the villain may have escaped and been hiding in the shadows for a long time. If this is the case, many fans will wonder why The Leader will come out of hiding now instead of later. For Captain America to fight one of Hulk’s villains is a strange idea, but that doesn’t mean the movie will be terrible.

If anything, fans will learn more about the villain soon and perhaps get a better idea of how he will be used in Captain America 4 because it doesn’t make sense for The Leader to be on Cap’s radar.

Captain America: New World Order releases in theaters on May 3, 2024.

Do you think The Leader is a good villain for Captain America? Let us know what you think!