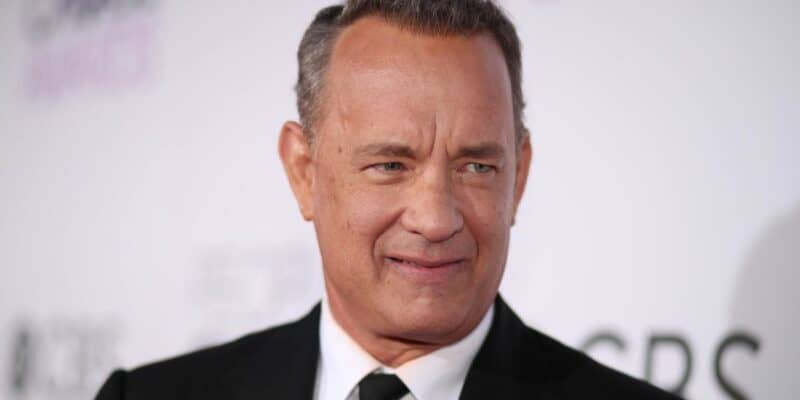 Beloved actor Tom Hanks has starred in multiple projects with the House of Mouse, just coming off of a role in the newest Pinocchio (2022) film as the loving and warm Geppetto. Directed by Robert Zemeckis and with a screenplay by Zemeckis and Chris Weitz, the musical comedy film along the same vein as previous, whimsical CGI Zemeckis offerings A Christmas Carol (2009) and even Monster House (2006) . Pinocchio brings Hanks and Zemeckis together once again after previous films The Polar Express (2004), and Forrest Gump (1994).

Now, he’s down to don a superhero costume.

Endearingly dubbed “Mr. Disney”, Tom Hanks is no stranger to working with The Walt Disney Company — and apparently wouldn’t mind taking it a step further by getting a role in Disney-owned Marvel Studios’ Marvel Cinematic Universe.

Hanks has taken on classic Disney roles before, like 2018’s Saving Mr. Banks, a story telling a close-to-real-life tale around the production of the much-loved film Mary Poppins (1962) starring Julie Andrews (Mary Poppins) and Dick Van Dyke (Bert). Of course, he’s also well-known for originating the role of Woody in the Disney-Pixar Toy Story franchise.

Josh Horowitz asks Hanks during an interview on an episode of the HAPPY SAD CONFUSED podcast, if he’d been asked to join the MCU yet — Hank himself quickly denies being contacted by Marvel Studios, before expanding on what he thinks about the Marvel Cinematic Universe — using an interesting analogy to carefully set up his point:

Let’s unpack this a little bit, shall we? Let’s unpack this… Is there, is there an era of film in which a very particular type of movie dominated the marketplace? You could say, you could say… Westerns in the 50s, alright? Now […] in order to get into kinda a universe of something… let’s take John Ford’s westerns. You could maybe say that it’s the ‘John Ford Universe of Westerns’. It’s not that different perhaps than you know, the Marvel Universe of motion pictures.

Replying to the point about whether we would “do it”, Hank phrases it interestingly:

If it’s a bodacious John Ford western, would you do it? You know?

Speaking candidly to Horowitz, Hanks levels some praise at the Marvel Cinematic Universe and its roster of films:

Look, and I haven’t seen them all, I’ll give you that right now, but the ones I’ve seen I never come around… away from it without thinking “there’s a couple of great performances in there and those people really gave their all”… “I don’t know how they do that, I do not know”, then after that it’s like, you know, “did they examine the theme that I wanted them to?”.

From this, it’s clear that Mr. Hanks would absolutely be down to take a role in the Marvel Cinematic Universe, should The Walt Disney Company and/or Kevin Feige come knocking. He raises a very intelligent point about the MCU and its place within the larger film history canon, and speaks astutely on where these superhero films stands within the current cultural zeitgeist. It’s definitely a refreshing take amid a slew of controversy surrounding the “dumbing down” of film through this new “superhero craze”, as Martin Scorcese thinks.

The full clip of the interview can be viewed here:

What do you think of Tom Hanks potentially joining the Marvel Cinematic Universe? Who could he play? Share your thoughts in the comments below!