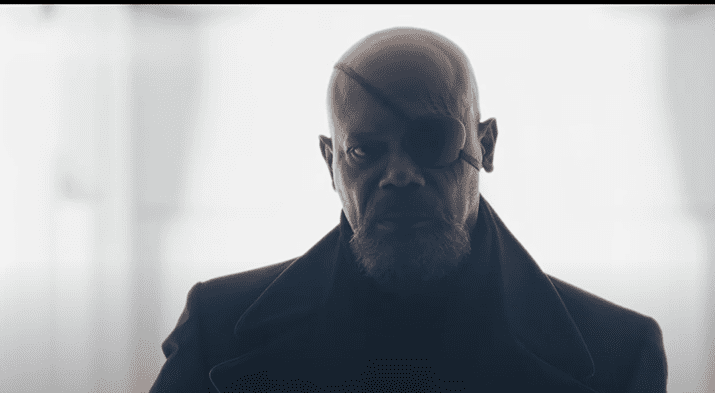 Secret Invasion has Nick Fury returning to Earth for the first time in a few years.

After not seeing the beloved character act as a mentor for the Avengers, fans wondered what Fury could be up to. Early reports made it seem like Secret Invasion was going to be set in the past, but this isn’t the case.

Marvel confirmed that the series would be set post-blip, with Fury returning after learning how bad things have gotten due to the Skrulls. Here’s the official trailer:

“I’m the last person standing between them and what they really want.” Marvel Studios’ #SecretInvasion, an Original series, streaming 2023 on @DisneyPlus.

"I'm the last person standing between them and what they really want."

Fury makes it clear that this is his war, but Don Cheadle’s War Machine, Martin Freeman’s Everett Ross, and Ben Mendelsohn’s Talos will be helping Fury take down this Skrull invasion. Since the aliens are shapeshifters, Talos is correct that Fury and his team must be “very careful” with how they take down these impostors.

The trailer also reveals that Fury knows exactly what the Skrulls want, and fans get to see a glimpse into Damage Control, revealing a box containing an object. Since the container is refrigerated, there’s a chance that the department might have found a Skrull body part and are hauling it away as evidence.

Fans don’t know what Fury has been doing, but obviously, the series should explain it all and tell fans how Fury is the last line of defense. The ex-director of S.H.I.E.L.D. has always kept his cards close to his chest, but this might be one of the more dangerous battles Fury will be in, and there’s no guarantee he will survive.

Another thing to note is that Fury might get some help from the Avengers, but since the series will be set in Phase Five, Marvel hasn’t clarified if the super hero team is active, meaning that Fury might have to rely solely on War Machine to help him.

Here’s an official description of the MCU series:

Related: Emilia Clarke May Have Catastrophic Consequences For the MCU