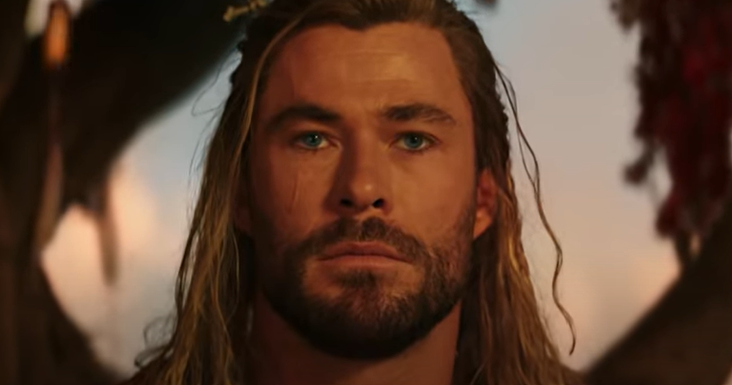 No one could have expected that Disney would allow an MCU movie to be even worse once it dropped on Disney+.

Related: MCU ‘Shang-Chi’s Simu Liu Called Out for Being “Privileged”

Today is a big day for Disney with DisneyPlus Day, and Marvel’s latest changes might show some glaring flaws with Thor: Love and Thunder (2022). While some people enjoyed the new MCU film, others hated that Taika Waititi focused solely on comedy and left the hero to belittle himself instead of handling emotional scenes.

Christian Bale’s Gorr the God Butcherer was barely in the movie, but at one point, he kidnapped all of the Asgardian children, including Axl, Heimdall’s son. Chris Hemsworth’s Thor travels with Natalie Portman’s Jane Foster/Mighty Thor to find the children and stop Gorr before he can kill every god in the universe.

With Thor 4 debuting on Disney+ today, one fan noticed that Marvel tried to fix one of the worst CGI scenes — the one with Axl’s head floating in the air talking to Thor — which angered fans for being a terrible CGI scene. The fix included making the blurred lines around Axl’s gone which made the scene look a lot worse:

they patched Thor: Love and Thunder for the Disney+ version and it looks even worse now

they patched Thor: Love and Thunder for the Disney+ version and it looks even worse now 💀💀 pic.twitter.com/cMMv9zigfB

Thor 4 may quickly fix this scene, as Disney wouldn’t want fans to be disappointed with the movie now that it’s on Disney+. Since it’s a minor change, Disney might not make it a priority, but it’s possible that the scene could still be changed and perhaps better CGI used.