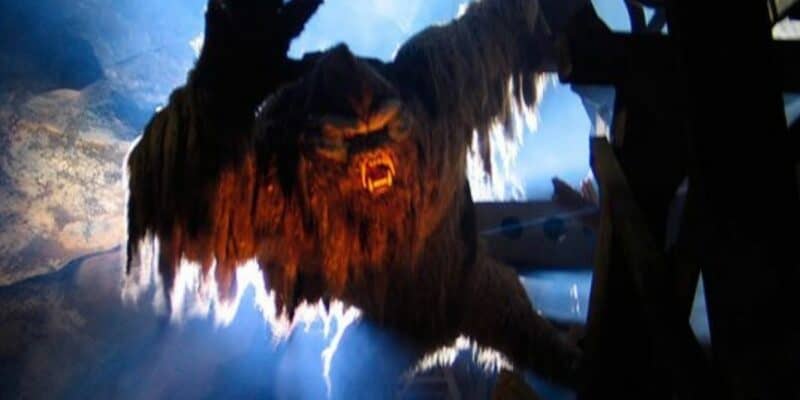 When visiting Walt Disney World, Guests may feel overwhelmed with how much there is to do. The Resort is home to four sprawling theme Parks, two water parks, and an enormous shopping center known as Disney Springs that Guests can enjoy and get immersed in.

Animal Kingdom features a whole host of attractions like the relaxing Kilimanjaro Safaris, the terrifying DINOSAUR, and the quirky It’s Tough To Be a Bug. The Park truly has it all. But one of the most interesting aspects of the Park comes from Disney’s dedication to including “imagined” creatures in the overall theming and story of Animal Kingdom.

Guests may have noticed that now, Animal Kingdom is filled with imagined creatures thanks to Pandora – The World of Avatar. This expansion saw the addition of Satu’li Canteen, a fantastic quick-service restaurant, Na’vi River Journey, a relaxing boat ride, and Flight of Passage, an incredible state-of-the-art attraction that places Guests directly into the world of the Avatar films.

While DINOSAUR is based on real-world dinos, a lot of the theming and story were created specifically for the attraction. Were dinosaurs actually as vicious as the dreaded Carnataurous that chases you? Probably not, but it sure does make for a great attraction.

However, few attractions across all Walt Disney World or even Disneyland compare to Expedition Everest in terms of scale, thrill and effects.

Expedition Everest is an exhilarating and intense roller coaster that takes Guests on a journey through “The Forbidden mountain,” which just happens to be home to a ferocious Yeti. To say Expedition Everest is trilling would be an understatement. The ride whips Guests back and forth and plunges them up and down treacherous-looking train tracks.

The ride starts simple enough at a station in a local town at the base of the Himalayas. As Guests enter the fake touring company “Himalayan Escapes,” they are engulfed by an incredible amount of authentic Asian props and artifacts, all solidifying the history of the mysterious Yeti. Once Guests board the steam train-themed coaster, they leave the station and head toward the mountain.

It may be a surprise to you, but Expedition Everest’s story doesn’t actually take place on Mount Everest, but on “the forbidden mountain.” If you look at the attraction from far enough away, you can see Mount Everest, which is colored and shaded differently toward the right side of the mountain. The actual peak of the mountain is part of this “forbidden mountain” that Disney created for the attraction’s story.

However, a discussion about this impressive ride would not be complete without talking about the Yeti animatronic, one of the largest and most ambitious audio-animatronics in the entire world.

Disney Imagineering really outdid themselves when bringing this mythological creature to life. The Yeti stands at a whopping 25 feet tall, and its “skin” is composed of 1,000 square feet of fabric.

The figure’s range of movement is controlled by 19 different actuators, and its roars were acted by Fred Tatasciore, who has done work as The Incredible Hulk as well as other animated films. The Yeti animatronic is truly terrifying, an incredible feat of not just Disney Imagineering but engineering in general.

Unfortunately, somewhere around a year after the ride opened, the Yeti started to cause serious problems for the attraction. While the exact cause of the issue is unconfirmed by Disney, basically, what is assumed to have happened is that somewhere within the huge Yeti animatronic’s base, a sort of structural issue took place, causing the integrity of the animatronic figure and ride itself to be at risk.

Not only could further operation of the Yeti cause damage to the ride, but it could also be disastrous for Guests underneath the huge arm of the Yeti.

The Yeti animatronic has been a topic of discussion since the ride opened, with Guests discussing the possibility of Disney fixing the giant robot. Disney Imagineer Joe Rohde has discussed his interest in “fixing the yeti” multiple times over the years, but following his retirement, the plausibility of this project dropped immensely.

Legendary Imagineer Joe Rhode was super influential in creating Expedition Everest as well as Animal Kingdom as a whole. His influence is felt throughout the Park and the entire Walt Disney World Resort. Disney actually made a documentary on the development and construction of the ride, which aired just before its official release on the Discovery Chanel. Here Guests can get a super in-depth sneak peek into the details of the ride as well as old footage of Joe Rohde when he was still working for the Walt Disney Company! See the video below:

A poll was created online where Guests were asked a burning question: “Do you think they will ever fix the Yeti in Expedition Everest?” Users could respond in three different ways by voting “No,” “yes,” or “Maybe.”

The full post can be seen below, and the results will probably not surprise you.

Do you think they will ever fix the Yeti in Expedition Everest? from WaltDisneyWorld

As you can see, nearly 90% of users believe that Disney will not fix the yeti. Out of 736 total votes, 635 users voted for “no.” This is not really surprising but is still quite sad. Over the years, a lot of us thought Disney really could be working on a fix for the yeti.

Earlier this year, it was announced that Expedition Everest would be closing for a refurbishment, its first long-term closure since the ride opened. Many Guests had hoped that this closure would involve Disney at least taking a look at the yeti animatronic and figuring out a way to fix it.

Unfortunately, the ride closed and then reopened with seemingly nothing done to the figure. The ride was cleaned up a bit, and several features were fixed, but the yeti remained motionless.

With Imagineer Joe Rohde retiring as well as a shift in Disney’s priorities with the Parks, the chances of a fix for the Yeti seems like they’re at their absolute lowest. To put things in perspective, it’s been 16 years since we saw the Yeti working properly. We’ve endured “disco yeti” for over a decade and a half.

One user responded to the poll with this very same thought, saying, “Without Joe Rohde there any longer, I highly doubt it. He seemed to be the only one ever pitching it would be fixed at some point.”

It is theorized that to fix the Yeti completely, a massive chunk of the attraction would have to be dissamsebled. This would not only be expensive but would probably mean the ride would be offline for several months, if not an entire year, especially considering how delayed current construction projects are, like the TRON roller coaster or the EPCOT transformation.

Regardless, Animal Kingdom remains a great park, with some Guests considering it to be the best at The Walt Disney World Resort. It could be argued that the theming has remained the purest out of all the Parks, with IPs far less prevalent than in EPCOT, Magic Kingdom, or Hollywood Studios.

Expedition Everest remains one of Wlat Disney Imagineering’s best works, despite the fact that the massive Yeti animatronic is now motionless. The ride is thrilling and may be one of the best-looking attractions Disney has ever designed and built.

With Pandora – The World of Avatar now at Animal Kingdom, among other fun distractions, it may be a lot easier for Guests to forget the Yeti ever moved. We’re sure there are hundreds of thousands of Guests who have no idea that the Yeti is ever supposed to move.

Na’vi River Journey features a mindblowing Na’vi animatronic, one that some may consider being even more impressive than the fabled Yeti. However, it’s still quite sad to see the state of the Yeti animatronic. With Disney hyper-focusing on intellectual property and synergy, we may never get an original creation quite like the Yeti ever again.

What are your thoughts on Expedition Everest and the Yeti animatronic?