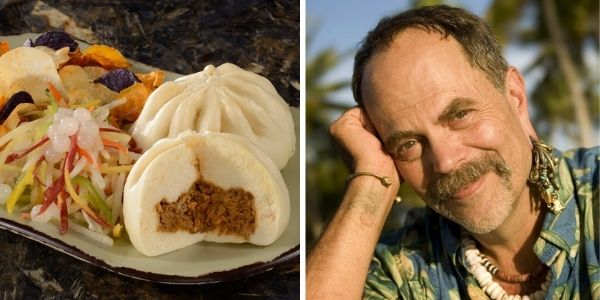 While Walt Disney World is known for its incredibly-themed and iconic attractions like Haunted Mansion, Pirates of the Caribbean, and The Twighlight Zone Tower of Terror, food is also a big priority for the Resort.

There are so many amazing and delicious items to try at both the sit-down and quick-service restaurants on property. One of the most fascinating restaurants to open in recent years can be found in Disney’s Animal Kingdom’s newest expansion.

Pandora – The World of Avatar is a fully immersive land at the Walt Disney World Resort which is based on the global phenomenon and smash hit film Avatar (2009). The land offers amazing scenery, incredible theming, and a truly state-of-the-art attraction called Flight of Passage. The land also offers some really delicious and inventive food which can be found at the quick-service restaurant known as Satu’li Canteen. Here Guests can choose between bowls of different meats, vegetables, and sides that are as pleasing to the eye as they are to the stomach. But the most insane offering at this restaurant comes in the form of the cheeseburger steamed pods.

This crazy creation is everything you love about cheeseburger wrapped into a steamed bao bun. These burger pods have been a smash hit with Guests ever since the restaurant opened and are just as fun to look at as they are to eat. But recently, Joe Rohde, a former Disney Imagineer who worked on Pandora – The World of Avatar as well as the entirety of Animal Kingdom revealed that this weird, alien cheeseburger creation was actually based on a family recipe. On Twitter Joe Rohde said:

“Inspired by a Rohde family home recipe pioneered by the boys, with Mims help…Hamburger Hash, which was nasically eveerythinh that would go in a cheeseburger including the bun chopped up and cooked in a pan. Yum.”

While the presentation of this recipe might have changed a bit, it is really cool to see just how much influence and inspiration Disney Imagineers can have within the Parks.

Have you tried these cheeseburger pods? What do you think of Satu’li Canteen at Disney’s Animal Kingdom?