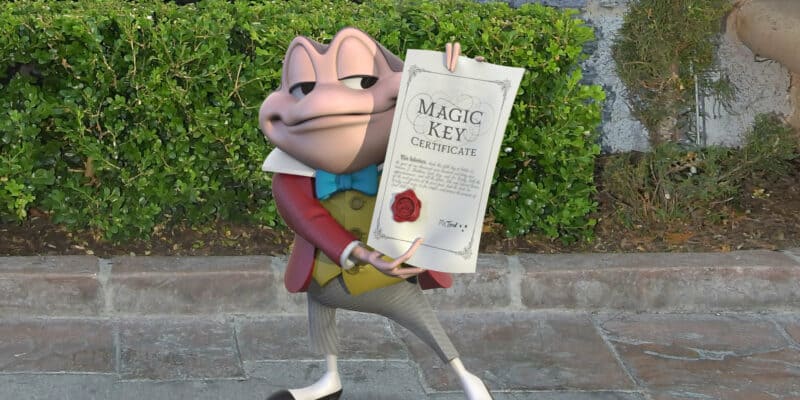 We have some very exciting news for fans of Mr. Toad!

Walt Disney World has a long, long list of closed and defunct attractions with varying degrees of affinity from Guests. Some attractions have gained a cult-like status after shutting down for good such as Horizons at EPCOT or World of Motion at EPCOT, or Kitchen Kabaret at EP-, well, you get the idea, a lot of beloved attractions have been taken away from EPCOT over the years.

However, there may not be a more sore subject to passionate Walt Disney World fans than Mr. Toad.

Mr. Toad’s Wild Ride is a classic Disney dark ride that can be found at Disneyland. The ride used to be at the Magic Kingdom in Walt Disney World but was closed in 1998 to much criticism. Guests have missed the titular Mr. Toad ever since, longing for him to return to “The Most Magical Place on Earth.”

Well, Guests have finally had their wish granted, sort of.

A video was just shared on Disney’s official TikTok account, showing a beloved character literally rising from his own grave. You can see the full video down below:

As you can see, this iconic Disney character will be returning in the form of a popcorn bucket, something Disney has really leaned into recently. This bucket will officially release on November 1. In the last year, popcorn buckets have been released in all different kinds of shapes and sizes, representing things from Disney’s Main Street Electrical Parade to EPCOT’s unofficial mascot Figment.

This popcorn bucket is definitely exciting, but it makes the pain of knowing there used to be an entire attraction based off this character that much stronger.

Will you be getting one of these buckets?