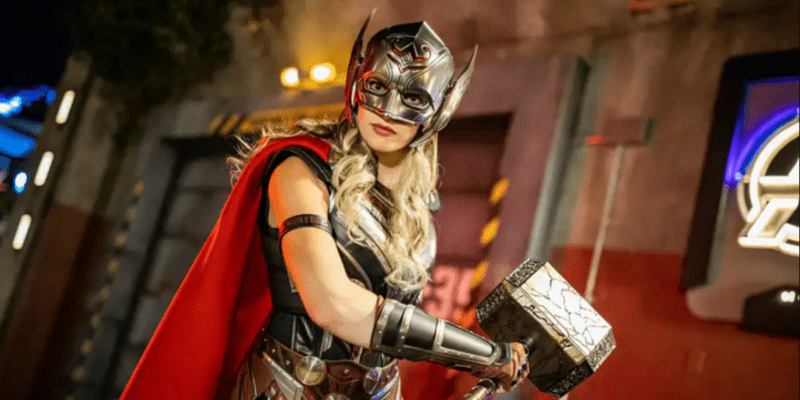 The Disney Parks are constantly expanding and evolving. In the last few years alone, multiple exciting attractions have made their way into The Walt Disney World Resor in Orlando, Florida. For those who may not know, Disneyland Paris recently opened its own version of Avengers Campus, and Guests have been loving the new addition ever since.

The same can be said for Disneyland Paris, as it recently welcomed a brand-new land.

For those who may not know, Disneyland Paris recently opened its own version of Avengers Campus, and Guests have loved the new addition ever since.

However, not all Guests have been following the rules when inside the Park, and unfortunately, a few aspects and experiences had to be removed. The new land offered Guests a classic Disney experience but with a twist. Instead of pulling the sword from the stone like at Magic Kingdom or Disneyland, Guests visiting Avengers Campus could pull out Mjolnir, Thor’s hammer, from a giant pedestal.

Unfortunately, this was removed due to Guests breaking the rules and climbing on top of it.

Thankfully, this experience has been returned to the land, meaning Guests can interact with Thor and Loki, as well as try and pull Mjolnir from the pedestal. This was confirmed by a tweet from DLP Rescue Rangers (@DLPRescueRanger) which is linked below:

The Pedestal of Asgard is back at Avengers Campus but good habits have already resumed. We can blame the guests but there would also be fault on the design of several elements of the Campus which seem not to have integrated the behavior of the visitors. (Translated)

We’re so happy to see this experience return and we hope this time it stays for good.