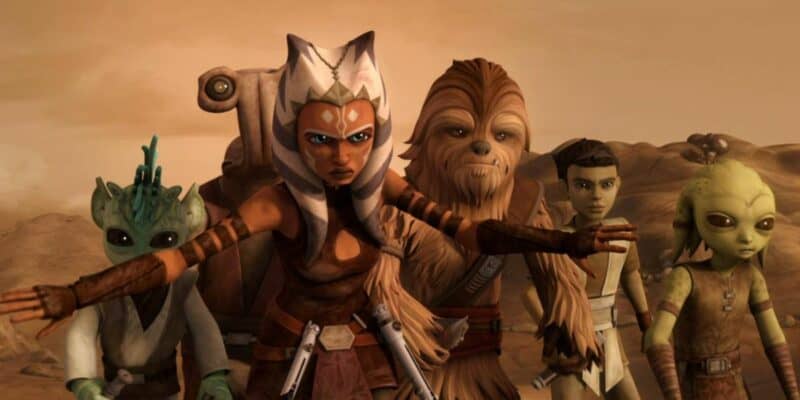 Disney’s D23 Expo has revealed plenty of exciting news about upcoming Star Wars projects, whether it’s ongoing TV shows such as The Mandalorian (2019) or Star Wars: The Bad Batch (2021), or new ones such as Andor (2022) and Star Wars: Skeleton Crew (2023).

However, yet another animated Star Wars show has emerged from D23, and it’s titled Star Wars: Young Jedi Adventures (2023). The show was actually announced during Star Wars Celebration earlier this year, however, Deadline has now reported the casting news from the Disney event.

As revealed at D23, the show will star Jamaal Avery, Jr. and Emma Berman (from the 2021 Disney animated film Luca), who will be playing pilot Nash Durango (Berman).

As per StarWars.com, here’s the description for Star Wars: Young Jedi Adventures:

A new class of aspiring Jedi younglings are set to enter The High Republic next year.

As announced on the Star Wars LIVE! Stage at Star Wars Celebration Anaheim today, Young Jedi Adventures is coming to Disney+ and Disney Junior in the spring of 2023.

The first full-length animated Star Wars series created for preschoolers, early grade schoolers, and their families, these original stories will follow Younglings as they are swept off into adventures, and start their journeys on the path to becoming Jedi Knights, learning valuable skills for our galaxy and the galaxy far, far away. The Jedi-in-training will tackle topics of compassion, self-discipline, teamwork, patience, and friendship.

All of these animated Star Wars shows aren’t the only ones heading for Disney+. Previously, it was confirmed that the critically acclaimed anime anthology series Star Wars: Visions (2021) will be getting a second season, though no release date has been confirmed as yet.

As for the live-action side of things, Andor will be released on September 21, The Mandalorian Season 3 will be arriving in February 2023, and Ahsoka (2023) sometime thereafter. Unfortunately, there has been no news relating to any theatrical Star Wars projects.

Whether or not Star Wars: Young Jedi Adventures will be canon like many other Star Wars shows on Disney+ remains to be seen, but here’s to hoping we’ll at least get to see some familiar faces, as there are plenty of Star Wars characters who are yet to get the animated treatment.

Star Wars: Young Jedi Adventures will premiere on Disney+ and Disney Junior in 2023.

Will you be watching Star Wars: Young Jedi Adventures, or does it sound a bit too childish for your liking? Let us know in the comments down below!