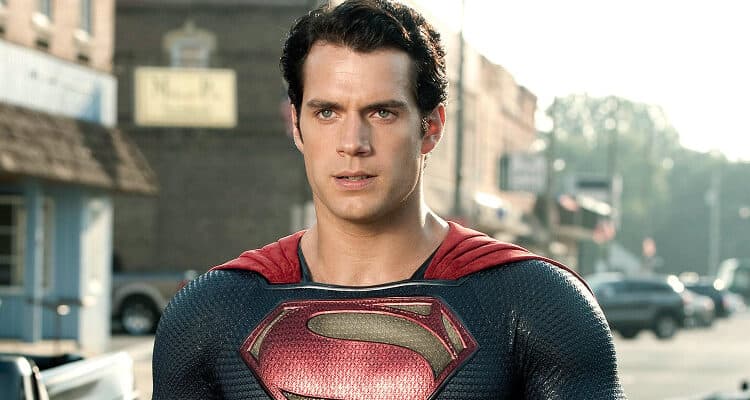 Opinion on Marvel Phase Four has been largely in the “What is happening?” camp. As Kevin Feige’s Marvel Cinematic Universe continues, fans are questioning the direction of a post-Infinity Saga MCU, with each new entry into this latest Phase bringing more queries than answers to the live-action Marvel Universe.

However, Feige’s San Diego Comic-Con Hall H presentation simmered some tension when it revealed a slew of projects slated for release between 2023 and 2025, including the next two installments in the Avengers movies  — Avengers: The Kang Dynasty (2025) and Avengers: Secret Wars (2025). And now, it seems that next week will also deliver major MCU announcements with one rumor detailing the “epic talent” Mr. Feige is about to introduce.

Derailed by the industry-damaging pandemic, Marvel’s return to the screen following Spider-Man: Far From Home (2019) came not in the form of the Cate Shortland-helmed, Scarlett Johansson-driven Black Widow (2021) but with Elizabeth Olsen (Wanda Maximoff/Scarlet Witch) and Paul Bettany’s (Vision) small-screen escapade, WandaVision. This was a first for the MCU. Disney+ had been an untapped tool for Marvel, unlike Lucasfilm’s Star Wars franchise, and WandaVision kicked off the many episodic projects injected throughout the big blockbuster releases.

From WandaVision to She-Hulk: Attorney at Law, Marvel Studios has slowly been building the footprints of new characters, while also utilizing legacy actors to drive their big screen antics. Tom Holland returned in Spider-Man: No Way Home (2021), as did Benedict Cumberbatch (Dr. Stephen Strange/Doctor Strange), who also went on to headline Sam Raimi’s Doctor Strange in the Multiverse of Madness (2022). Chris Hemsworth came back for Taika Waititi’s second Thor effort, Thor: Love and Thunder (2022), and come November, Ryan Coogler will wrap up Phase Four with Black Panther: Wakanda Forever (2022). The latter will be the debut of Dominique Thorne’s Riri Williams AKA Ironheart.

Ending with the sequel to Black Panther (2018) came as a surprise to most, with The Marvels (2023) previously tapped to close out the troubled Phase. Now, Ant-Man and the Wasp: Quantumania (2023) will open Marvel Phase Five, and if these rumors are true, Phase Five looks to be bigger than anything Marvel has ever done.

Sharing to Twitter, broadcaster Emmet Kennedy (@RadioEmmet), has apparently been given a number of names who will make a splash in the upcoming chapter of MCU stories, and will be revealed during next week’s D23 Expo. He writes:

To be announced (with some on stage) by Feige at #D23Expo2022 #FantasticFour #SheHulk #XMen pic.twitter.com/qZ1hI6DBqf

The tweet has gained a lot of traction since being posted, and it’s easy to see why; every name is an A-List talent already acclaimed for the work they do in the entertainment industry, and, many have been long-rumored to enter the MCU for some time.

John Krasinski has been tapped to play Fantastic Four leader, Reed Richards AKA Mister Fantastic, for a long while, and the actor even made his debut as the beloved character in Raimi’s Doctor Strange sequel earlier this year — while just a Variant or the real-deal (whatever that means in the realm of the Multiverse) is yet to be revealed.

Likewise, Breaking Bad and The Mandalorian actor, Giancarlo Esposito, recently spoke out about his desire to play X-Men leader, Professor Charles Xavier/Professor X, and did confirm having talks with Marvel Studios. It would be a good change of pace for Esposito, who is often seen as one of television’s most sinister villain actors. That being said, many fans have also noted the Moff Gideon actor would be a good choice to bring Magneto to the MCU.

In the case of the X-Men, the fan-favorite team’s arrival in the MCU feels imminent. From Kamala Khan’s (Iman Vellani) identity as a mutant in Ms. Marvel to the Wolverine easter egg in She-Hulk: Attorney at Law, the X-Men will surely make a flashy debut sometime in the next couple of years. This leads us to Henry Cavill.

Cavill is probably best known for his portrayal as Clark Kent/Kal-El/Superman in Warner Bros. DC Extended Universe or as Geralt of Rivia in Netflix smash, The Witcher. The actor has often been rumored to join the MCU with speculation including Captain Britain, Wolverine, or Hercules. After Thor: Love and Thunder, we know that Hercules has now been snagged by Ted Lasso‘s Brett Goldstein, but the others are still on the table. Like Hugh Jackman, Cavill is known for his rugged looks, and many fans are pushing for Marvel to gift him the adamantium claws.

While there hasn’t been much talk about the others, it does line up with the upcoming X-Men and Fantastic Four releases; that is, for two of Marvel’s biggest properties, and ones that fans have waited a long time for, it stands to reason that big Hollywood names will lead the franchises, and that this is the news that will be coming at the D23 Expo next week.

Who are you hoping to see join the Marvel Cinematic Universe in Phase Five and Phase Six? Let us know in the comments down below!