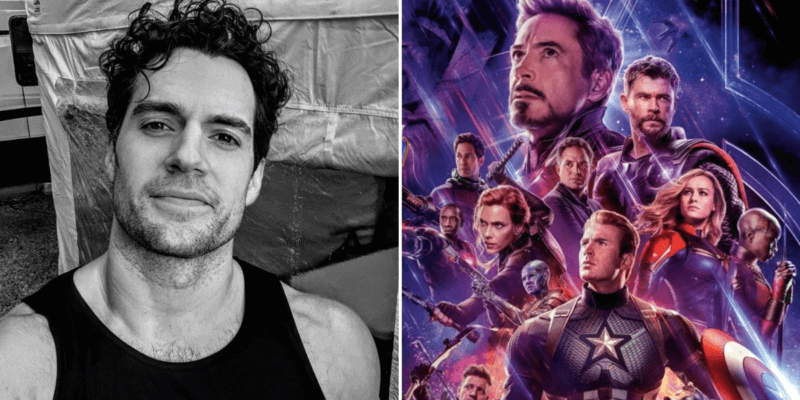 With an ever-growing catalog of characters to feature in their expanding universe, Marvel Studios always seems to be on the lookout for new actors to cast in their blockbuster franchise.

And now, new reports suggest that Marvel has one very popular actor in their sights…

Henry Cavill is one of the most well-known actors in the world. Having starred as the ultimate DC superhero since 2013, making his Superman debut in Zack Snyder’s Man of Steel (2013) film, Cavill went on to star in the DC Extended Universe follow-ups, Batman v Superman: Dawn of Justice (2016) and Snyder’s / Joss Whedon’s, Justice League (2017). Early on in his career, the British actor appeared in The Count of Monte Cristo (2002), as well as guest-starring in television shows like Midsomer Murders.

Before the likes of Bridgerton and Downton Abbey made television period dramas more mainstream, Cavill rose to fame in Showtime’s The Tudors. His ability to play characters across genres eventually led to his casting in the Netflix smash-hit The Witcher. Based on the book series of the same name, Cavill’s Geralt of Rivia is set to return in the second season of the fantasy epic. Most of Cavill’s roles show he’s not afraid to get suited up and join in the action.

It’s safe to say that the Enola Holmes (2020) actor is a very busy man. But new reports suggest that he might get even busier. If this information turns out to be true, Cavill fans might see him joining one of the world’s biggest film franchises next — Kevin Feige’s Marvel Cinematic Universe.

According to Geekosity, Marvel might begin pursuing Cavill soon.

“Warner Bros. needs to act soon if they want to keep him. Marvel Studios is keeping an eye on him too.”

This rumor — which has not been confirmed by any officials at Marvel Studios or The Walt Disney Company — comes in the wake of a DC shake-up. This year saw Snyder return to release his Zack Snyder’s Justice League director’s cut on HBO Max (otherwise known as the Snyder Cut). Before that, the foundations of the Extended Universe seemingly started to crumble years ago following Wonder Woman’s (2017) and Aquaman’s (2018) solo success stories.

There is also the upcoming JJ Abrams Superman reboot film with Ta-Nehisi Coates writing a movie to introduce a Black Superman, and Black Adam (2022) — the Shazam! (2019) sequel spin-off starring Dwayne Johnson in the title role. Cavill’s involvement in either of these movies is yet to be confirmed.

This all points to suggest that Warner Bros. doesn’t really know what to do with Henry Cavill’s Superman. And with his reported bigger role in Netflix’s Enola Holmes sequel — where he stars with Stranger Things actress Millie Bobby Brown, who plays the younger sister or Sherlock Holmes, and Harry Potter’s Helena Bonham Carter –, it seems that Cavill could be ready for a transition to the world’s leading superhero franchise.

Who could Cavill play?

With Russell Crowe announced for Thor: Love and Thunder (2022) – the fourth installment in Chris Hemsworth’s Thor movies – Marvel fans quickly theorized who the Gladiator (2000) actor might play. It was revealed shortly after that Crowe would star as the Greek God, Zeus, which posed the question — will Hercules show up in the MCU?

Upon Zeus’ announcement, Cavill appeared to be a hot favorite to star as his warrior son, Hercules. The comic book character was created by Marvel legends Stan Lee and Jack Kirby and became an affiliated member of the Avengers. His first appearance into the Marvel Universe came in 1965 where he was established as a rival to a famous Norse Thunder God — you guessed it, Thor.

With Zeus appearing, it might suggest a pathway to introducing Hercules into the MCU. And who better to bring the super-strong God to life but Henry Cavill.

Originally appearing in the Marvel Comics Marvel UK imprint, Captain Britain AKA Brian Braddock was first introduced in 1976 and after a near-fatal accident was offered the choice to become the super-charged hero. Well, Cavill could appear as Captain Britain and it would seem the MCU has possibly already teased his Phase 4 entrance.

A couple of years ago, Reddit users u/droideka75 and u/wolfthang88, analyzed the closed captions of Avengers: Endgame (2019) which shows Peggy Carter (Hayley Atwell) discussing how someone called Braddock “hasn’t checked in.” This could of course be a subtle hint at Captain Britain’s entrance into the MCU, or it could just be an easter egg, but nevertheless, somewhere in the Marvel Universe, a Braddock does exist.

“It’s not for nothing, but we would love to see Henry Cavill as Captain Britain, it would be AMAZING.”

In January 2021, artist @_artkin_ on Instagram shared their concept of what the Justice League actor may look like as the British superhero.

MCU captain britain, Marvel apparently wants henry cavill to play captain Britain and im all for it, drew this to show what he might look like in a militaristic captain america inspired outfit

If Henry Cavill does make his MCU debut any time soon, there is a whole host of roles he could play, and a whole range of movies he could appear in — at one point he was rumored to appear as Wolverine in Captain Marvel 2 (2022). Next up is Tom Hiddleston’s Loki and the Scarlett Johansson-led Black Widow (2021) which we can expect won’t involve any huge casting reveals like Cavill.

Looking ahead — and after Marvel’s HUGE sizzle reel release — the DC actor could appear in Taika Waititi’s Thor: Love and Thunder, or perhaps in James Gunn’s Guardians of the Galaxy Vol. 3 (2023), or he could even show up in the highly anticipated yet highly guarded Fantastic Four MCU reboot. And what about Captain America 4? The list goes on…

If Marvel does manage to lure Cavill into the MCU, it is sure to come with overwhelming love from fans everywhere. He will be appearing on the small screen soon in The Witcher season 2.

Who would you like to see Henry Cavill play in the MCU?