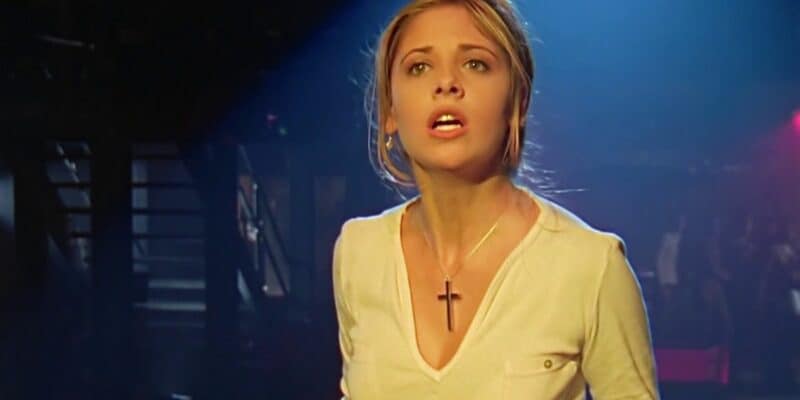 In a world where most classics and major franchises are brought back from the dead in the form of reboots, whether they’re movies or television shows, it’s a mystery as to why one of the most beloved gems of the ’90s has seemingly been left to die with some dignity.

In 2018, however, 20th Century Fox reported that it had started working on a Buffy the Vampire Slayer reboot, with Monica Owusu-Breen set to serve as the showrunner, with the original show’s creator, Joss Whedon, on board as writer and executive producer.

At the time, The Hollywood Reporter and Deadline reported that, according to anonymous sources, the producers wanted the series to be “richly diverse”, and that “some aspects of the series could be seen as metaphors for issues facing society today.”

But before the announcement, during Buffy the Vampire Slayer‘s 20th anniversary in 2017, in an interview with The Hollywood Reporter, Joss Whedon discussed his fears of the show being rebooted, saying:

“You bring something back, and even if it’s exactly as good as it was, the experience can’t be. You’ve already experienced it, and part of what was great was going through it for the first time. You have to meet expectations and adjust it for the climate, which is not easily. Luckily most of my actors still look wonderful, but I’m not worried about them being creaky. I’m more worried about me being creaky as a storyteller. You don’t want that feeling that you should have left before the encore. I don’t rule it out, but I fear that.”

There hasn’t been any news on the project since that announcement in 2018. But now, during an interview with The Hollywood Reporter’s TV’s Top 5 Podcast, producer Gail Berman provided an update on the Buffy the Vampire Slayer reboot.

Unfortunately, it isn’t good news, as Berman has confirmed that the show is “on pause” indefinitely. No reason was given, but as the project has been in a development hell-mouth for four years  — perhaps longer — this isn’t a good sign.

It’s strange, though, to think that we may never get a Buffy the Vampire Slayer reboot, or even a continuation of some kind (for us, the latter would be the preferred route). However, while this may be disappointing news to many fans, it will likely come as good news to others.

Whether or not a Buffy the Vampire Slayer reboot or continuation will ever happen remains to be seen. But its “pause” may have something to do with the fact that the series has been at the heart of much controversy over the past few years, with Whedon being accused of abusive behavior.

Controversy first arose when Ray Fisher, who plays Victor Stone/Cyborg in Justice League (2017), accused the director of bullying him on the set of the DC film. Since then, a number of Buffy actors, including Charisma Carpenter and Sarah Michelle Gellar, have spoken out against Whedon.

Buffy the Vampire Slayer ran for seven seasons before finally coming to an end in 2003. A number of episodes, including “Hush”, “The Body”, and “Once More, With Feeling”, were nominated for Emmy Awards, and are considered among the best episodes in the entire series.

So, it would seem that some things really do stay dead. With that said, the “Buffyverse” continues in the form of a long-running comic book series, and more recently, a new novel from author Kendare Blake titled “In Every Generation” (2022). Though a reboot of sorts, the book follows on canonically from the television series.

As per Disney Hyperion, here’s the official synopsis for “In Every Generation”:

Frankie Rosenberg is passionate about the environment, a sophomore at New Sunnydale High School, and the daughter of the most powerful witch in Sunnydale history. Her mom, Willow, is slowly teaching her magic on the condition that she use it to better the world. But Frankie’s happily quiet life is upended when new girl Hailey shows up with news that the annual Slayer convention has been the target of an attack, and all the Slayers — including Buffy, Faith, and Hailey’s older sister Vi — might be dead. That means it’s time for this generation’s Slayer to be born.

But being the first-ever Slayer-Witch means learning how to wield a stake while trying to control her budding powers. With the help of Hailey, a werewolf named Jake, and a hot but nerdy sage demon, Frankie must become the Slayer, prevent the Hellmouth from opening again, and find out what happened to her Aunt Buffy, before she’s next. Get ready for a whole new story within the world of Buffy!

As for the world of film and television, if you’re hoping to see Sarah Michelle Gellar take on ghosts and ghouls in another “Scooby Gang”, you may get your wish. Recently, James Gunn hinted at the possibility of reviving Scooby-Doo (2002) with its original cast, but this time as an R-rated reboot.

Do you want a Buffy the Vampire Slayer reboot? Let us know in the comments down below!

Comments Off on ‘Buffy the Vampire Slayer’ Reboot Gets Surprising Update