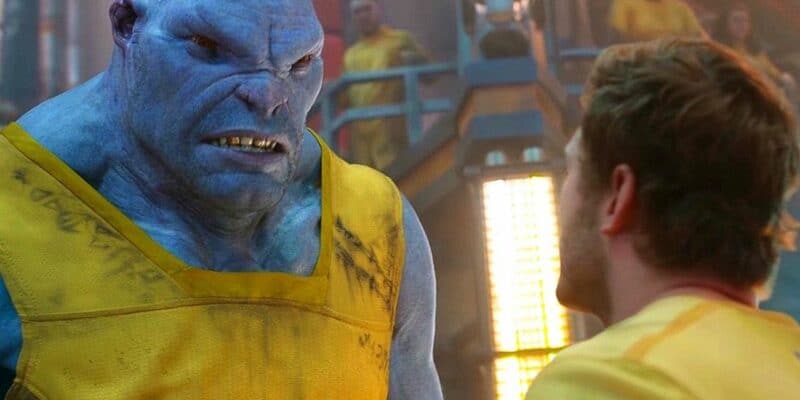 Joss Whedon was once the golden child of the Marvel Cinematic Universe. The Avengers (2012) changed Marvel movies forever, cementing the shared Marvel Universe that is still going strong today with Doctor Strange in the Multiverse of Madness (2022). His demand was on the rise when he took over Justice League (2017) from Zack Snyder but then everything came crumbling down when Ray Fisher (Victor Stone/Cyborg) revealed Joss Whedon was racist and sexist on set. But one actor is willing to look past all of this to work with Whedon again.

In a recent interview with Michael Rosenbaum on his podcast Inside of You, actor Nathan Fillion said:

Nathan Fillion got his big break on several episodes of Whedon’s Buffy the Vampire Slayer, where Whedon already engaging in problematic behavior. Several actors accused Joss Whedon of misconduct and toxic workplace behavior, including star Charisma Carpenter (Cordelia Chase), and he was not allowed to be alone with young actress Michelle Trachtenberg (Dawn Summers).

“I read that article, and nowhere in there at any point in time did he mention ‘Firefly.’ I had an entirely – that was not my experience with that man,” Fillion said on the podcast, where he described Whedon as “funny, self-deprecating, incredibly talented” and “maybe a little haunted.”

When Ray Fisher came forward in July 2020 to reveal that Whedon’s behavior while making Justice League was “gross, abusive, unprofessional, and completely unacceptable”, Whedon left his new HBO series The Nevers and told New York Magazine that Gal Gadot (Diana Prince/Wonder Woman) was confused about how he treated her saying, “I don’t threaten people. Who does that? English is not her first language, and I tend to be annoyingly flowery in my speech.”

Nathan Fillion made his debut in the Marvel Cinematic Universe as a cameo in The Guardians of the Galaxy (2014) as Monstrous Inmate. He has since petitioned for a larger role in the MCU – namely that of Simon Williams/Wonder Man, who is getting his own Disney+ series from Shang-Chi and the Legend of the Ten Rings (2021) director Destin Daniel Creton.

Fillion did voice Simon Williams/Wonder Man on the Marvel series MODOK, which streamed on Hulu. He also mentioned in his interview that he didn’t see any bad behavior on the set of Firefly, admitting that people “don’t act that way in front of him,” implying if it’s out of sight, the Marvel actor does not care.

Nathan Fillion is also known for his role as Jacques Snicket on Netflix’s A Series of Unfortunate Events and John Nolan on ABC’s The Rookie and Richard Castle on the ABC series Castle. Nathan Fillion has also been accused of sexist behavior on the set of Castle, which ran from 2009 to 2016 and co-starred Stana Katic as his love interest and eventual wife Kate Becket.

In 2016, when Castle was wrapping up Us Weekly revealed the toxic behavior that occurred between Fillion and Katic. Their feud allegedly began over pay disparity but according to sources by the end of the eight seasons:

“The friction was very evident. Nathan has been nasty to Stana for a long time. Stana was a pro, just wanted to get in there and do her job.”

“Stana would cry on set because Nathan was such a bully to her. Stana would go in her dressing room and cry. A lot of people who work on the show don’t like Nathan. It’s not just her.”

Nathan Fillion has never been accused on poor behavior on other sets. He was a fan favorite casting choice for Nathan Drake in Sony’s Uncharted film but ultimately lost out to Tom Holland (Peter Parker/Spider-Man). And fans have been demanding for Firefly to continue since it was cut short by Fox back in 2003.

How do you feel about Nathan Fillion saying he would work with controversial director Joss Whedon again? Let us know in the comments.