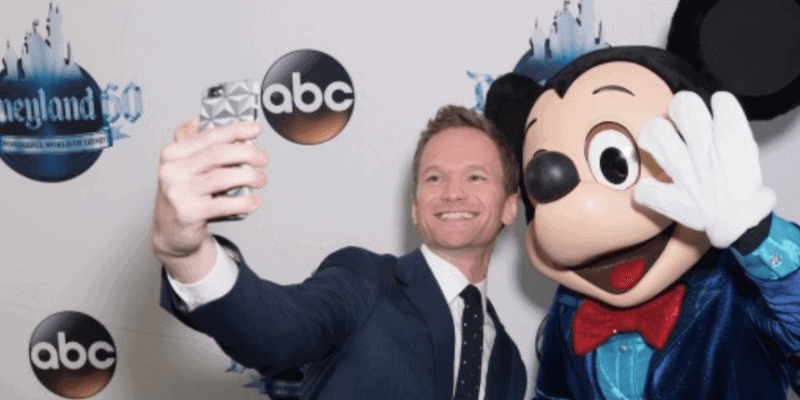 Singer Amy Winehouse, 27, tragically passed away on July 23, 2011 from a combination drug overdose and alcohol poisoning.

The vocal powerhouse joined the “27 Club,” a group of iconic musicians — mostly in the blues and rock’n’roll genres — who passed away at the young age:

Brian Jones, Jimi Hendrix, Janis Joplin, and Jim Morrison all died at the age of 27 between 1969 and 1971. At the time, the coincidence gave rise to some comment, but it was not until Kurt Cobain’s 1994 death, at age 27, that the idea of a “27 Club” began to catch on in public perception. Blues musician Robert Johnson, who died in 1938, is the earliest popular musician who has been included in the members of the 27 Club.

Harris and Burtka weren’t the first to make a distasteful reference to Winehouse’s death, but they did garner a great deal of backlash at the time after a picture surfaced on social media.

**NOTE THAT THIS IMAGE MAY BE DISTURBING TO SOME READERS**

The photo-in-question [above] was Tweeted by Justin Mikita with the caption, ““Look who showed up @ActuallyNPH & @GourmetMD’s Halloween party last night. Looking good.”

It was, unsurprisingly, quickly deleted. However, people still screenshot the post before it was taken down. One recent article noted:

The disturbing photo showed a gory depiction of a rotting and bloodied corpse, complete with Amy’s iconic beehive hairdo, and a glimpse at her tattoos.

Related: Hilary Duff to Star in Hulu’s ‘How I Met Your Mother’ Spinoff

Now, the Tweet has resurfaced online and NPH is under fire.

Ardennes, who was seemingly unaware of the situation when it originally occurred ten years ago, wrote:

@ActuallyNPH are you serious with the Amy Winehouse joke? What’s wrong with you?

@ActuallyNPH are you serious with the Amy Winehouse joke? What’s wrong with you?

Related: Neil Patrick Harris Plans to Bring His Kids to Disney For the Rest of Their Lives

Some fans are calling out Harris on his own account. A post promoting his new Netflix series, Uncoupled, featured two comments about the cake.

When will you make another Amy winehouse [sic: Winehouse] cake?????

All you outraged people sitting on your a** searching out this image you WANT to be offended & then sharing it, promoting it, & spewing hate for someone & getting a thrill out of it.

Don’t look for the cake if you don’t want to see it. It’s not even that bad.

All you outraged people sitting on your ass searching out this image you WANT to be offended by & then sharing it, promoting it, & spewing hate for someone & getting a thrill.out of it.

Don't look for the cake if you don't want to see it. It's not even that bad.

Another Twitter user called out NPH, referring to the Winehouse dish as “disgusting” and stating that they believe the actor sees himself as “superior to an addict…who had more talent than him.”

At this time, Harris and Burtka have not publicly responded to the current backlash.

For Disney, Harris was the host of the California Screamin’ attraction at Disney California Adventure. He also made guest appearances in Take Two with Phineas and Ferb, as well as the 2011 musical comedy film, The Muppets. Additionally, he voiced Moyo in The Legend of Tarzan and was mentioned in the Kirby Buckets episode “That Sinking Feeling”. He also played Carl Jenkins in Starship Troopers and voiced Karre in Star Wars: Visions.

During the 60th anniversary of Disneyland, he served as the host of World of Color – Celebrate!.

Were you aware of this NPH controversy?