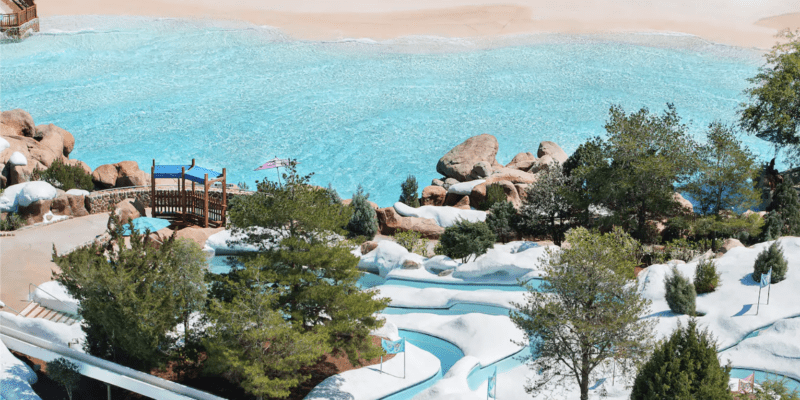 The Orlando theme park Resort is currently celebrating its 50th anniversary, but unfortunately, one of the Parks at Walt Disney World is currently closed during the celebrations.

Typhoon Lagoon and Blizzard Beach typically close every year during the winter months for refurbishment during low peak season. Disney has not officially announced an end date for the water park’s refurbishment, meaning the Park will remain closed indefinitely.

And Disney fans are not happy about it.

Inside the Magic reader Laurie prefers Blizzard Beach over Typhoon Lagoon as she commented on our recent article:

More family friendly floats and slides . Area for juniors that parents like too.

And Carrie brought up how t is a shame that Blizzard Beach is closed during the 50th anniversary of Walt Disney World:

So silly that it is closed for the 50th summer.

Another Inside the Magic reader, Rebekah, expressed her disappointment, writing:

Will miss blizzard beach this year. The park I enjoy the most. A sad report for me!

Unfortunately, little is known about what Disney is doing during the water park’s closure, but it is clear that Imagineers are working hard on getting Blizzard Beach ready for Guests.

Again, at this time the water park will be closed indefinitely as Disney has not yet announced an opening date. Inside the Magic will update you as we get information.

Are you upset to see Blizzard Beach closed indefinitely? Let us know in the comments below.