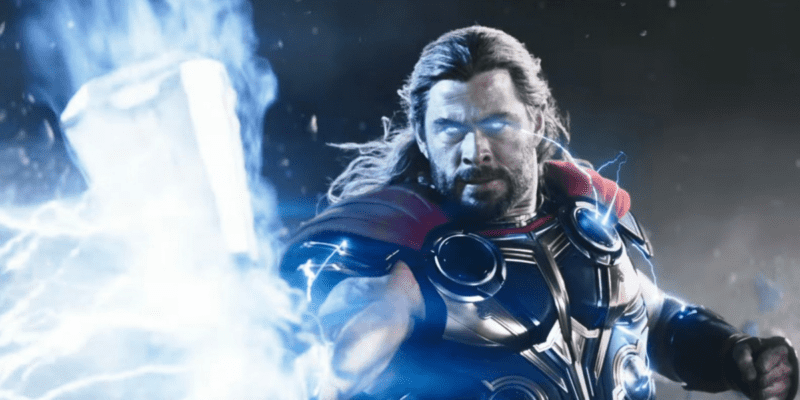 Brett Goldstein revealed that his parents almost his debut into the MCU by texting him during Thor: Love and Thunder (2022).

The new MCU actor has admitted he is unsure if he will return to the MCU anytime soon due to how secretive Marvel can be, but he had fun keeping his secret hidden from his family. Goldstein is known best for his role as Roy Kent in Apple TV’s Ted Lasso and now will be Hercules in the MCU.

Goldstein sent his family to the theater to see Chris Hemsworth‘s Thor 4 so they could be surprised by his cameo in the post-credits. Unfortunately, the actor had to get his parents to stop looking at their phones since they almost missed his few seconds in the movie.

His family was talking about Russel Crowe’s Zeus and he had to text them to look up since they almost missed out on seeing their son appear in the movie:

Brett Goldstein sent his parents to see #Thor4 without telling them about his Hercules cameo “My mom is texting me all the way through the film … It gets to the end bit … she texts me ‘Russell Crowe’s in it again, he’s very funny.’ I go, ‘F–king look up at the screen!’”

“My mom is texting me all the way through the film … It gets to the end bit … she texts me ‘Russell Crowe’s in it again, he’s very funny.’ I go, ‘Fucking look up at the screen!’” 😂 pic.twitter.com/3lAKs30JBp

While it’s funny that Goldstein’s parents almost missed out on seeing their son’s triumphant debut as a new god in the MCU, it’s very possible that Goldstein will return in Thor 5 as the villain. While Hercules has been a super hero a lot in the comics, the God of Strength has been known to be one of Thor’s rivals in the comics so it would be fun to see him return as the villain.