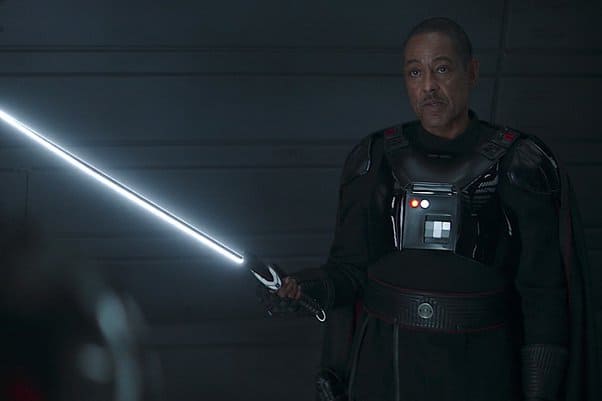 Exciting news has dropped for The Mandalorian Season 3 revealing that Pedro Pascal’s Din Djarin might have more than one enemy in the upcoming season.

Star Wars Celebration did show an exclusive trailer for the upcoming season of The Mandalorian and now fans can see the leaked trailer online thanks to some fans posting it on social media. One trailer posted a few days was only a minute, but a new extended trailer leaked online giving fans a whole extra minute of footage.

If you haven’t seen the trailer just yet, there might not be a lot of time before the video is taken down by Disney or Lucasfilm. Here’s the leaked trailer in case you haven’t seen it just yet:

One thing to note is that Greef Karga will be returning in Season 3 and is wearing sleek robes meaning that the character might be going back to being a magistrate for a planet. On this planet, Karga is seen talking with some aliens who definitely look related to the criminal underworld. Din did break the Bounty Hunter Guild’s code and even though Karga cleared him, it’s possible that after his stunt helping Boba against the Pykes, Din now might be a wanted man.

The Pykes are known to take defeat very seriously so it wouldn’t be a surprise if they try to target Din in order to make Boba Fett weaker. This will also help keep the criminal elements of the Star Wars universe at the forefront since Din was a Bounty Hunter for a long time before he found Grogu.

The other antagonist for the series will be Giancarlo Esposito’s Moff Gideon. The actor has already revealed some details about what to expect from Gideon in the upcoming season as he will continue to play a role in the series.

Dr. Pershing is shown to possibly be working with the New Republic as a prisoner and it wouldn’t be surprising if Gideon starts off in prison and has the Empire free him. Gideon will do whatever he can to get ahold of Grogu and since Din is working solo, he should still be vulnerable against the Empire.

Mandalore will be a big moment for the series and Gideon once ruled Mandalore for the Empire as the Moff. He helped purged the Mandalorians and killed thousands of them. Bo Katan hates Gideon, but if Din and the Empire show up on Mandalore, it could be very bad for everyone involved and might end up turning into a bloody battle.

It’s hard to know what role the Moff will play in the series just yet, so fans will have to wait and see what Star Wars has planned with the series until February 2023.

Do you think Moff Gideon will return to Mandalore? Let us know what you think!