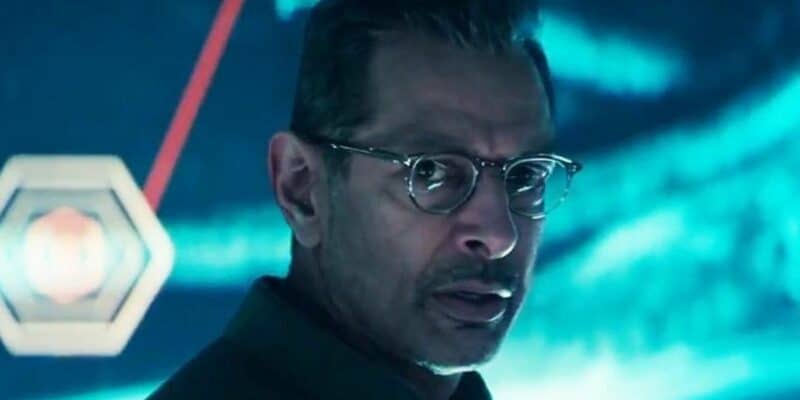 There are many movie franchises that have been turned into TV shows in recent years, whether in the form of a follow-up (sequel or prequel) or an adaptation (remake or reboot). But one franchise that seems to have escaped that net is the alien invasion classic Independence Day (1996).

Independence Day finds humanity facing its greatest threat in history when 15-mile-wide alien spaceships, which have been using Earth’s satellites to co-ordinate an attack, position themselves in the skies above every major city around the globe and unleash a worldwide assault.

It’s up to President Thomas J Whitmore (Bill Pullman), satellite expert David Levinson (Jeff Goldblum), and air force pilot Captain Steven Hiller (Will Smith) to save the day. But first, they must understand the alien’s highly advanced technology in order to play them at their own game.

But as well as being the definitive alien invasion movie, Independence Day is also the ultimate disaster movie. After all, the level of destruction caused by the unnamed alien species gives all of Roland Emmerich’s films combined a run for their money.

The film grossed over $817.4 million at the worldwide box office, while launching the already-thriving careers of Jeff Goldblum and Will Smith into the stars. Independence Day even enjoyed some great marketing, with fake news reports about an alien invasion being aired on TV.

For a long time, Independence Day remained untouched, until Roland Emmerich eventually gave us Independence Day: Resurgence (2016), a sequel no one asked for, and one that gives “disaster movie” a whole new meaning. Nevertheless, the 1996 original remains a beloved classic.

But now, it seems that the Independence Day brand could be revisited. A news article recently published by Giant Freakin Robot reports that, according to “trusted and proven sources”, Hulu is “currently developing an Independence Day project as a streaming series.”

Nothing else has been reported at this time, but this is a thrilling prospect for Independence Day fans, who, despite the fact that the 2016 sequel left them disappointed, have likely been craving more from the world of Independence Day (or “ID4″ as it’s more affectionately known).

For now, we can only speculate as to how the Independence Day TV series will transpire, should it turn out to be true. We also don’t know whether or not the project is live action or animated (Emmerich’s Godzilla enjoyed a follow-up animated series in the ’90s, so the latter is possible).

Will the Independence Day TV series follow on from Independence Day: Resurgence, seeing as that film ends on a major cliffhanger in which the humans prepare to take the fight to the aliens’ homeworld (a sequel was never green-lit due its poor box office performance)?

Or will it be a remake/reboot of the 1996 classic? We’ll just have to wait and see, but the best territory to explore would probably be the 20 years that separate both films, during which mankind has used the alien technology from the “War of 1996” to rebuild civilization.

Fans would undoubtedly prefer a continuation over a reboot, although getting Will Smith back in the cockpit could prove tricky, and not just because he’s one of the highest-paid actors in Hollywood who hasn’t appeared in a TV show since The Fresh Prince of Bel Air (1990).

While Jeff Goldblum is certainly no stranger to returning to blockbuster franchises — we last saw him launching a flaming spear into the jaws of a dinosaur in Jurassic World: Dominion (2022), after all — Smith was sadly absent from the 2016 Independence Day sequel.

Smith dropped out of the sequel at the last minute to star in Suicide Squad (2016), which resulted in his character Captain Steven Hiller being killed off between movies. In an interview with BBC Radio 1Extra in 2016, Smith discussed the decision not to star in the sequel, saying:

“It was one of those things — I had a couple of films lined up, I had Concussion and Suicide Squad, and so it was a decision, timing-wise, between Independence Day and Suicide Squad. They were sending pictures from the set, and I was like, ahh. The world is in a place of nostalgia right now… Specifically in entertainment, there’s such a pull for nostalgia, so it was just the perfect opportunity and it didn’t work out.”

If the rumors of an Independence Day TV series turn out to be true, it will follow the likes of other hugely popular science fiction franchises such as Alien (1979) and Godzilla (2014), both of which are getting their own live-action TV shows, on Hulu/Disney+ and Apple TV+, respectively.

There’s also the possibility of a Jurassic World TV series, as Jurassic World: Dominion fast approaches $1 billion at the global box office. But if it’s more Will Smith you’re after, don’t worry, because it was recently reported that Bad Boys 4 is happening.

Would you like to see an Independence Day TV series? Let us know in the comments down below!