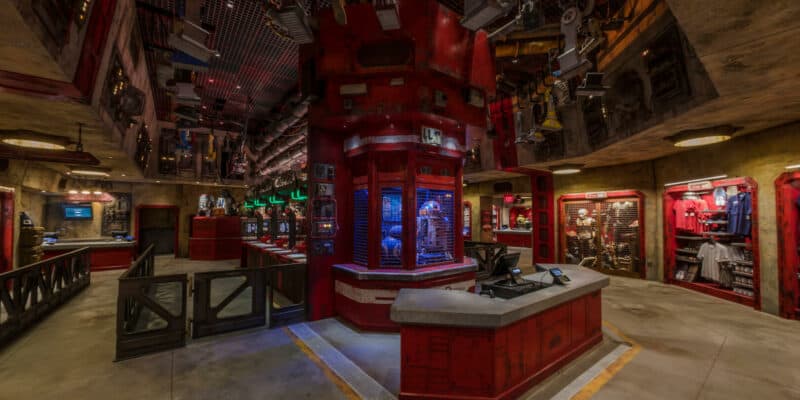 When the two Star Wars lands opened — on May 31, 2019, at Disneyland and on August 29, 2019, at Disney World  — Star Wars fans could literally step into the Star Wars universe for the very first time. The experience for those who love a galaxy far, far away? Nothing short of incredible.

Among the exciting “on planet” offerings are Savi’s Workshop and the Droid Depot, both locations where Guests can construct their own Star Wars souvenirs — handbuilt lightsabers and Astromech droid units, respectively.

We went to Droid Depot today and they now have a new option, the C units came out yesterday and are now available to make. They are slightly smaller in length than the R unit and didn’t seem to have as many color options for the body. They also can have shorter legs or fit the R legs. The tops were really cute with a little antenna like thing on top.

In the Star Wars franchise, there are two particularly well-known C-Series Astromechs. CH-33P (Cheep), who assisted Ahsoka Tano in capturing and saving Commander Rex during the execution of Order 66, and C1-10P (Chopper), who served on Hera Syndulla’s Ghost ship and has a kill count over 50,000.

It is worth noting that Chopper, originally a C1 unit, was mismatched thanks to years of battle scars and repairs.

If you want to make your own R-Series, BB-Series, or C-Series droid, reservations are required at both Walt Disney World Resort and Disneyland Resort. It is worth noting that the C units are not yet listed on either theme park’s Droid Depot webpage.

The official description of the Droid Depot reads:

Assemble a Custom Astromech Unit
Visit a workshop stocked with parts, chips, manuals and other tech items useful for constructing your very own droid, one of the galaxy’s most indispensable sidekicks.

Parts Station
Select from a colorful variety of components to customize your droid as they roll by on the shop’s conveyor belt.

Have you ever been lucky enough to build a droid at Galaxy’s Edge?