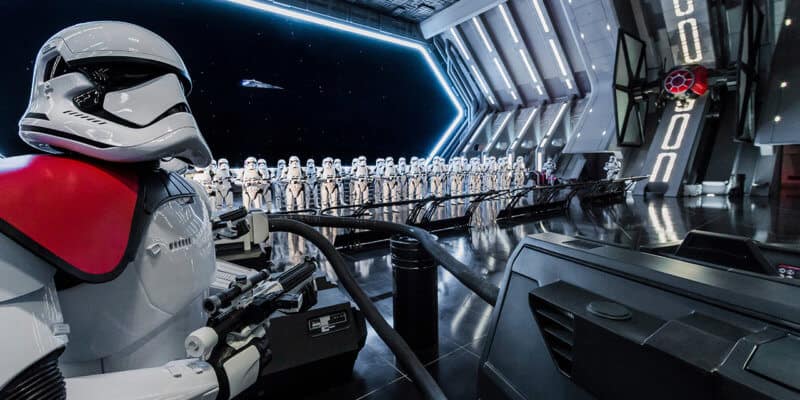 If you’ve ever wanted to experience Star Wars: Rise of the Resistance, but you have a health restriction that prevents you from riding thrill rides or you are pregnant during your Walt Disney World Resort or Disneyland Resort vacation, there’s some exciting information you’ll want to be aware of.

Commenters almost immediately confirmed that it is, in fact, possible, to exit the thrilling Star Wars-themed ride after the first portion, prior to boarding the vehicles, which feature R5 Astromech droids at the helm. u/Jagreen2021 replied, “You can exit at anytime you are not on a physical moving portion.”

u/tdt0005 also chimed in, explaining, “Yes. The answer to this will always be yes regardless of the ride or where in the queue. Disney will never make you ride if you do not want to. Just speak to a CM and tell them what you’d like to do. They’ll even do things like let you skip the stretching room [the pre-show area of the Haunted Mansion] if you have concerns.”

For those who are unfamiliar with the ride, Rise of the Resistance is an impressive combination of a trackless dark ride, a walk-through, a motion simulator, and a drop ride system. It puts Guests right in the fray as the First Order and the Resistance battle one another during Disney’s Star Wars sequel trilogy era.

Guests who choose to exit prior to boarding a ride vehicle will get to see all of these Star Wars characters except for Finn. This special, partial experience is a great way for those with specific health concerns to still enjoy this amazing Disney ride without worry.

The official description of RotR reads:

Did you know you can exit certain Disney Parks thrill rides before health restrictions become an issue?