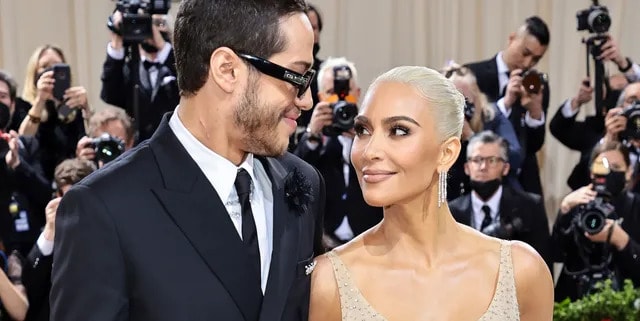 Related: Kourtney Kardashian Celebrates as Sisters Cause Chaos In Disney

Following a years-long rift with Vogue editor, and Met Gala guru, Anna Wintour — who has previously expressed her distaste for reality television stars — 2022 marked the first year the entire Kardashian-Jenner clan was in attendance at the annual event.

Although the bombshell SKIMS founder looked stunning, she almost immediately started garnering backlash for her attire. The historic gown is irreplaceable for a number of reasons, including the fact that it is crafted from a material called souffle silk that no longer exists.

Now, the mom-of-four has been publicly condemned for wearing Monroe’s dress by the ICOM Costume Committee, an organization that works with numerous museums — including, ironically, the Metropolitan Museum of Art — to protect, study, and  preserve historic fashion for future generations.

In the light of recent events, where a dress that belonged to Marilyn Monroe was used by a celebrity in a public event, ICOM Costume has been discussing the topic, and would like to share the following discussion.

Historic garments should not be worn by anybody, public or private figures.

ICOM (International Council of Museums) has a Code of Ethics for Museums, which sets minimum professional standards and encourages the recognition of values shared by the international museum community. Although not every museum is a part of ICOM, its rules and suggestions of best practices are recognized and respected by many institutions worldwide.

The ICOM Costume Committee reunites world’s museum professionals and historians to explore all aspects of presenting, preserving, researching and collecting apparel. It has developed Guidelines, to provide a quick reference for curators and museums to work properly with garments. If you want to read the full Guidelines please go to this link:
https://costume.mini.icom.museum/…/guidelines_english.pdf

These guidelines indicate that in order to take good care of a piece, it should be handled as little as possible; it should be not washed or cleaned by anyone except a trained conservator, it must be handled with cotton gloves and without any perfume, skincare or make up on, and jewelry should not be worn to avoid catching on any loose threads. Costume requires trained personnel for handling, and special observations related to light, humidity and temperature levels should be respected. Also photographic lighting and photographic flashes must be avoided. Related to conservation, the most important notion is “Prevention is better than cure. Wrong treatment will destroy an object forever.”

About this particular situation, the dress that belonged to Marilyn Monroe was custom made by French designer Jean Louis in the color to match her skin tone, it was sewn on her before she went to the event where she sang Happy Birthday for then US President John F. Kennedy in 1962. She didn’t use any underwear to give a more vivid sensation that she was naked.

Some considerations about the damage derived from the use a week ago: The difference between sizes of Marilyn and the new wearer give differences in fitting strain, so it can be inferred that the textile was under intense stress on the use. The material is soufflé silk, which is no longer available, so it’s irreplaceable.

Although the dress belongs to a private collection, the heritage must be understood as belonging to humanity, regardless of which institution has custody of the property.

As museum professionals, we strongly recommend all museums to avoid lending historic garments to be worn, as they are artifacts of the material culture of its time, and they must be kept preserved for future generations.

Over 1,000 commenters weighed in saying things like, “Good for you. That spectacle was disgraceful and massive disappointment. It should never have been authorized.”

Another Facebook user wrote, “And I say again: what makes this worse is that Ms. Kardashian only wore the dress for a short time, then switched to a custom-made duplicate she had standing by, WHICH SHE COULD HAVE WORN FROM THE BEGINNING.”

Someone else shared, “The ego and sense of entitlement one must have to wear this garment is astounding. Perhaps banning her from all further Met Galas would put a bit of common sense into her head… maybe.”

Kardashian recently spoke out about the fact that she crash-dieted in order to fit into the Gentlemen Prefer Blondes star’s iconic dress and was looking forward to her “pizza and donuts party” following the Gala. She has been called out for the comments, as many felt she was encouraging unhealthy eating patterns in young girls who look to her as a role model.

Kardashian’s camp has not issued an official response to ICOM at the time of publication.

More on The Kardashians on Hulu

What do you think about Kim wearing Marilyn Monroe’s historic gown?