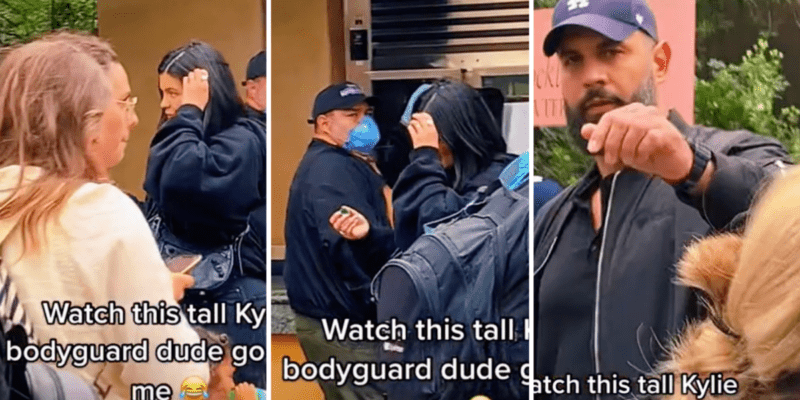 While the Disney Parks are popular places to visit for avid Disney fans and families, many celebrities make their ways to the Parks throughout the year, as well.

In addition, Kim Kardashian and Khloe Kardashian were just spotted at Disneyland Park this week skipping the line to enjoy the Mad Tea Party by themselves as Guests watched.

Just a week earlier, the half-sister of Kim and Khloe, Kylie Jenner (Keeping Up With The Kardashians), was spotted at Disneyland. There were reports from Disney Guests that her security guard allegedly shoved a disabled person and it seems another video of Kylie Jenner and her bodyguard interacting with Guests has come to light.

TikTok user @johnnymetro77 shared a video spotting Kylie Jenner at Disneyland. Her bodyguard then approached the user when it was discovered that they were filming.

The user quickly shuts the video off when the bodyguard approaches and the interaction is shared.

The Kardashian family (Keeping Up With the Kardashians) are known for being Hollywood reality TV sensations. The Kardashians, a new show on Disney+ and Hulu, just debuted and features Kris, Kourtney, Kim, Khloé, Kendall, and Kylie sharing stories about their businesses, family, and much more.