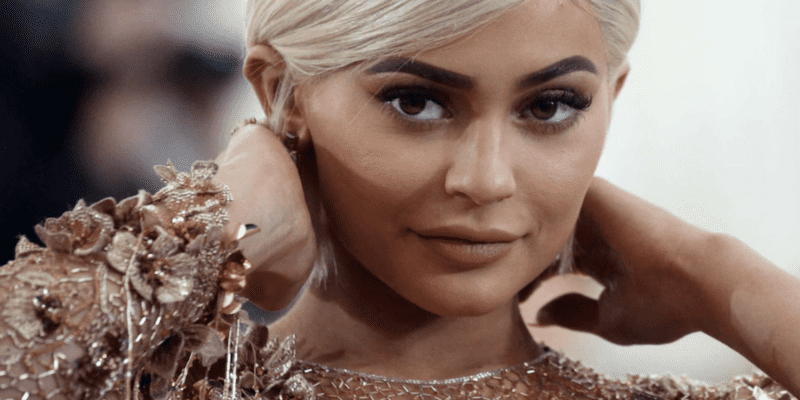 Kylie Jenner, 24, recently gave birth to her second child with Travis Scott. The duo are already parents to Stormi, 3, and welcomed their baby boy — formerly named Wolf — on February 2, 2022.

Kylie has been open about the postpartum period being challenging. In March of this year, the Kylie Cosmetics founder shared a very real photo of her body after baby, sparking praise for “normalizing” the postpartum experience.

Now, however, Kardashian-Jenner clan fans are unconvinced that the family’s youngest sibling went with a fully authentic look when she appeared on the red carpet for The Kardashians premiere.

In a Keeping Up With the Kardashians subReddit, user u/1989xppcu shared two images of Kylie taken 72 hours apart — the latter of which was from The Kardashians premiere event — writing:

We’re supposed to believe Kylie went from this to this in 3 days? Okay

Other users immediately chimed in, with u/kellye2323 writing:

I read that she hired her own photographer for the event and didn’t walk the press line. That’s why if you look on Getty images there’s not a single photo of her. So, it’s probably heavily photoshopped.

She probably could have even created her own backdrop and floral arrangements to look like the same place tbh.

Some users on the thread pointed out that the Photoshop work appears obvious:

Others, however, simply felt bad for Kylie that she feels so much pressure to look “perfect” post-baby.

u/Oneflyb chimed in, expressing support for Kylie’s natural look after having her second child:

Wow! Who would really go to these lengths to appear so “perfect” right after giving birth!? I find it so hard to believe that she would care that much, like she clearly was ok being seen as Disneyland all natural, and she looks great by the way.

Another user pointed out that online backlash probably has something to do with Kylie’s apparent lack of self confidence regarding her appearance right now:

Shapewear, great make-up, and some photoshop can do wonders. I do find it sad this young woman is putting all this pressure on herself to look perfect. She’s clearly not that comfortable with her postpartum body, as evidenced by the baggy clothes. Social media probably doesn’t help either, and neither do gossip columnists.

Now that KUWTK has ended, fans of the famous family can catch episodes of their new venture, The Kardashians, on Hulu anytime. The official description of the reality series reads:

“We wanted to do something different, but right away we were like, ‘We miss this. Who were we kidding, we should be doing this.’ We got a year off from filming, and I think that was really beneficial for our souls just to really soak it up. But the filming this time is different, and I just love it.”

What do you think about Kylie’s changing look?