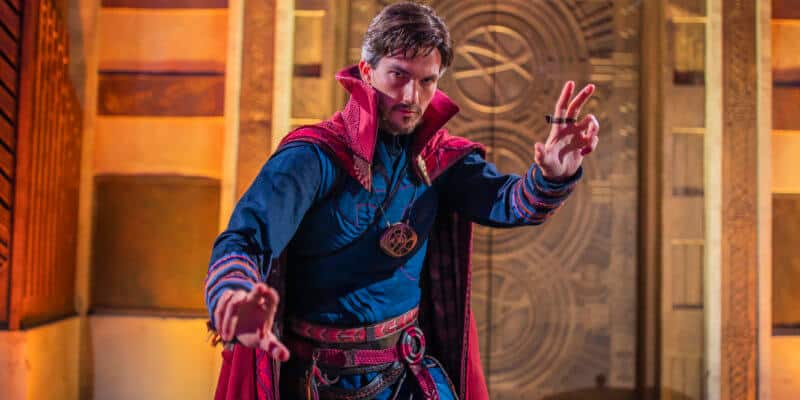 Disneyland Resort has several ways to make Guests feel like they truly are at the happiest place on earth, from delicious food and drinks to iconic classic attractions and new innovative experiences. However, perhaps one of the most magical experiences at Disneyland is getting to interact with beloved characters, from Mickey and Minnie Mouse, Goofy, Chip, and Dale, to Captain Jack Sparrow, The Incredibles, Chewbacca, Kylo Ren, Iron Man, Captain America and many more.

Recently, character interactions returned to normal at national Parks, meaning that for the first time in forever, Guests were able to hug and take pictures with characters up close again after over two years of Park closures and distancing measures. This also means Guests are finally able to ask characters to help them grow their collection and fill their autograph books, something that many Guests love.

Since the return of character meet and greets, hundreds of videos have shown the emotional reactions Guests have had to this beloved tradition coming back to the Parks.

Recently, Spencer (@exspension) posted about their latest experience interacting with one of the newer characters at Disney California Adventure. He said he felt like screaming, crying, and even throwing up for the accuracy and effort Disney puts into making meet and greets as accurate as possible.

He posted a picture of Doctor Strange’s autograph in his notebook, and while it may not seem too impressive at first, once he gave it more thought, it blew his mind. Spencer mentions that the autograph is made with shaky handwriting, not because the character was nervous, but because Doctor Strange’s hands suffered severe damage during the movie. “THE LORE,” added Spencer.

screaming crying throwing up, DCA’s Doctor Strange signs autos but it’s shaky because of his hANDS

screaming crying throwing up, DCA’s Doctor Strange signs autos but it’s shaky because of his hANDS

This detail, although small, proves the amount of effort Disney puts into creating a magical experience for every Guest visiting the Parks.

Will you continue to collect character autographs now that interactions are back to normal? Let us know in the comments below!