Disney Announces New Addition to Avengers Campus - Inside the Magic 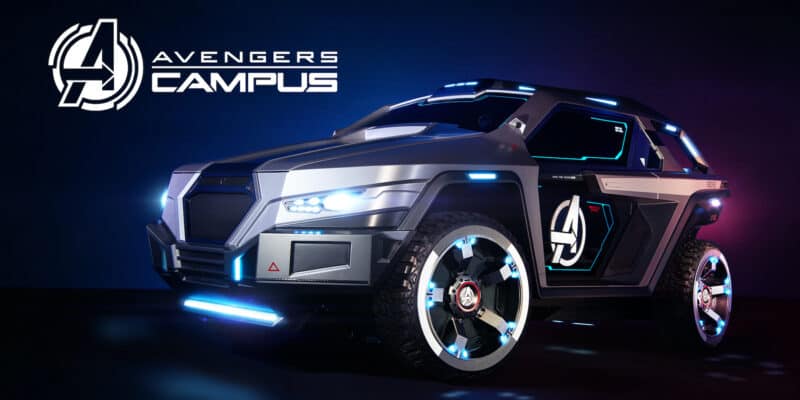 After the massive success Avengers Campus has had at Disney California Adventure, Guests are eager to see what the newest land will bring in the future.

At Disneyland Paris, the opening of the second Avengers Campus is quickly closing in. With it, more announcements continue to keep Guests waiting for a chance to visit the new area of the Walt Disney Studios Park.

The latest announcement revealed an exclusive first look at the newest vehicle developed by Tony Stark from Stark Industries, in collaboration with Shuri from Wakanda Design Group. The new Avengers Deployment Vehicle, or “ADV,” will help Super Heroes move to different key locations throughout the Avengers Campus, allowing them to meet new recruits and jump swiftly into action when needed.

According to Stark Industries, the vehicle shows a futuristic aesthetic and is equipped with cutting-edge technology. With oversized wheels and angular-shaped bodywork powered by Wakandan Vibranium, this vehicle symbolizes the strength and power characteristic of every Avenger.

The vehicle is equipped with slide doors that allow swift access, a peek at the interior, and a rear open bay to let recruits meet their favorite Super Heroes aboard. The Avengers Deployment Vehicle has joined the Quinjet that landed at Avengers Campus in Walt Disney Studios Park a few months ago and is only waiting for Super Heroes to power it up and bring joy to future recruits as they hear its motors roar this summer!

With highly themed hotels and restaurants in addition to the already impressive attractions and characters, there is so much to look forward to with the new Avengers Campus expansion.

Are you excited to visit the new Avengers Campus at Disneyland Paris? Let us know in the comments below!

Comments Off on Disney Announces New Addition to Avengers Campus