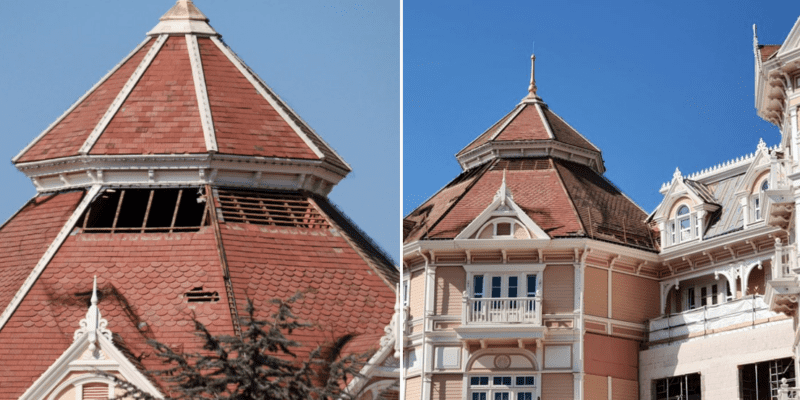 The Disneyland Hotel at Disneyland Paris Resort is undergoing some massive changes, which included a lot of demolition and construction.

Disneyland Hotel is the flagship Resort at Disneyland Pairs, giving Guests a similar vibe to Disney’s Grand Floridian Resort in Orlando. The Resort is luxurious and magical and is currently undergoing a massive refurbishment.

Now, it seems that roof work is being done to the hotel. DLP Report (@DLPReport) has recently shared photos of the roof being removed during the renovation process. It seems likely that sections of the roof has been in need of replacement, and now, Disney is able to get around to that with this massive refurbishment shutting down the hotel. From the looks of it, it doesn’t seem that the entire roof will need to be replaced.

Some of Disneyland Hotel roof tiles and support structure have been removed as part of the refurbishment process.

🔧 Some of Disneyland Hotel roof tiles and support structure have been removed as part of the refurbishment process: pic.twitter.com/nNihkGwAN8

What do you think of the Disneyland Hotel refurbishment in Disneyland Paris?