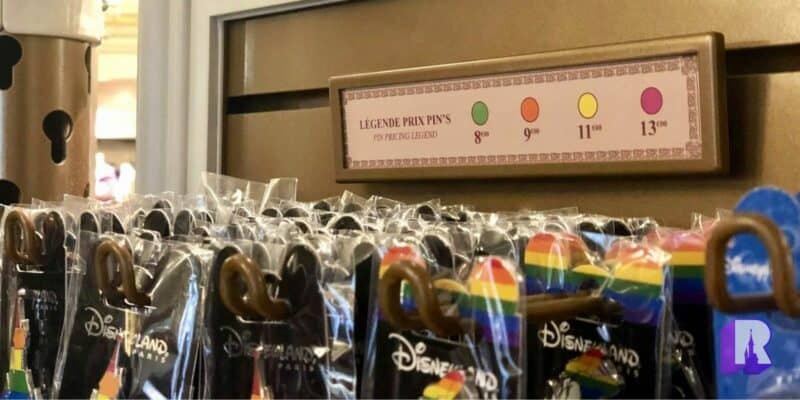 If you are a pin trader and pin collector at the Disney Parks, get ready because one of the Parks has given their pin prices a prickly raise!

When it comes to price increases at Disney World, it often feels like the two go hand in hand. We tend to see ticket costs rise on a yearly basis, and at times food and Resort costs will as well. Of course, merchandise costs can always increase, but there are some that have typically remained the same, such as Mickey Mouse ears. Another popular merchandise cost that has varying amounts that have remained static for quite some time are pins. No matter what Disney Park you are visiting, pins will have a color-coded price that will differ depending on the pin chosen.

Now, at Disneyland Paris Resort, is seems that pins have gone up €1 for almost every color. DLP Report (@DLPReport) noted:

This price increase is not too dramatic, but for Guests who visit Disneyland Park and Walt Disney Studios often and like to collect pins may notice that the cost to collect will grow larger over time. Disneyland Paris has recently also added a cost for Guests to use their Premier Access lines for certain attractions, which many would have previously recognized as a free FastPass line.

Are you ok with this price increase? Let us know in the comments below.