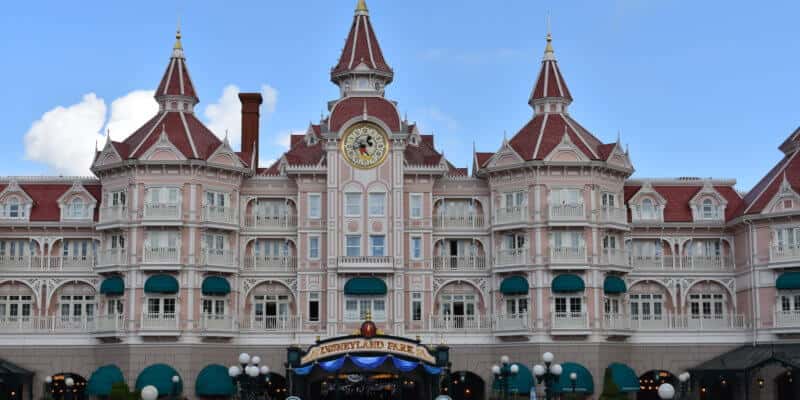 When Guests visit Disneyland Paris, one of the best aspects about vacationing at the previously titled Euro Disney Park is the new choice of Resorts to stay at.

Disneyland Hotel is the flagship Resort at Disneyland Pairs, giving Guests a similar vibe to Disney’s Grand Floridian Resort in Orlando. The Resort is luxurious and magical, and is currently undergoing a massive refurbishment.

Now, we can see what updates have been made to the Resort. It seems that Disney is going very in-depth with this refurbishment, fully replacing balconies after tearing them off of the hotel! DLP Report (@DLPReport) shared photos of the changes.

Several Disneyland Hotel balcony railings have been removed, likely to be completely replaced. Quite an in-depth refurbishment but it deserves it!

🔧 Several Disneyland Hotel balcony railings have been removed, likely to be completely replaced. Quite an in-depth refurbishment but it deserves it! pic.twitter.com/9gODYPSczf

Considering balconies also help to create the theming of the Resort through the facade, it is good to see Disney is not taking any shortcuts here. We can also see some updated paintwork.

At the Disneyland Hotel, looks like they painted the concrete base wall pink to blend it a little better until the paneling returns:

🔧 At the Disneyland Hotel, looks like they painted the concrete base wall pink to blend it a little better until the paneling returns: pic.twitter.com/T4ERRjQI7X

Before Disney World and Disneyland implemented Disney Genie, we saw Disneyland Paris lead the pack with Premier Access. Premier Access is a pay-per-ride system that allows Guests to pick a return time for one of the rides available in Premier Access. Each ride has its own individual cost associated with it, and can only be used to skip the line once. These costs are meant to fluctuate depending on the season and the level of business at the Park. This goes for both Disneyland Park and Walt Disney Studios Park. The only other Disney Park that offers a Premier Access system is Shanghai Disney.

What do you think of the ongoing construction on Disneyland Hotel?