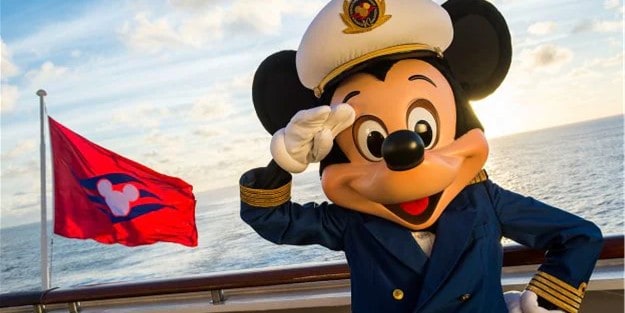 The Walt Disney Company has recently been in the news for its response to Florida’s controversial “Don’t Say Gay” bill, which was recently signed into law by Governor Ron DeSantis.

Related: Disney Exec. Commits to 50% of Characters Being “LGBTQIA and Racial Minorities”

At first, some Disney fans and Cast Members were frustrated by CEO Bob Chapek’s response to the legislation, even staging walkouts. Now, however, Disney has officially opposed the bill, frustrating people on the other side of the aisle.

And, the drama isn’t ending now that the bill has been made into law. Some have noticed that, despite Disney’s assertion that they stand for inclusivity and non-discrimination, Disney Cruise Line ships are still making port in nations where homosexuality is illegal.

just flagging for y’all, you have a Southern Caribbean Disney Cruise departing in July that includes a stop in Dominica, where homosexuality is illegal and carries a penalty of up to ten years imprisonment

just flagging for y'all, you have a Southern Caribbean Disney Cruise departing in July that includes a stop in Dominica, where homosexuality is illegal and carries a penalty of up to ten years imprisonment

i'm sure you'll want to cancel the cruise now that you know https://t.co/MUATV4KjVl pic.twitter.com/tsK5dYSe41

Dobson’s Tweet has nearly 3,000 “likes” at the time of publication. Disney has not issued a response.

Disney Cruise Line’s official description of its port in Dominica reads, in part:

The stunning landscape of Dominica offers plenty to see and do with rainforests to traipse through, spectacular waterfalls to hike to and hot springs to explore. While downtown Roseau offers something completely different— a picturesque array of 18th century French architecture, museums, a beautiful botanic garden and a thriving arts scene.

Although 2021 looked very different amid the COVID-19 pandemic, Disney’s huge return to sailing in 2022 is underway. The fleet’s first Triton Class cruise ship, the Disney Wish, will take her maiden voyage in June 2022.

The Wish will be the fifth ship in the DCL fleet, joining the Disney Dream, the Disney Fantasy, the Disney Magic, and the Disney Wonder. She will be based in Port Canaveral and will visit, among other locations, Disney’s private island, Castaway Cay.

What do you think about Disney Cruise Line still visiting nations where homosexuality is illegal?