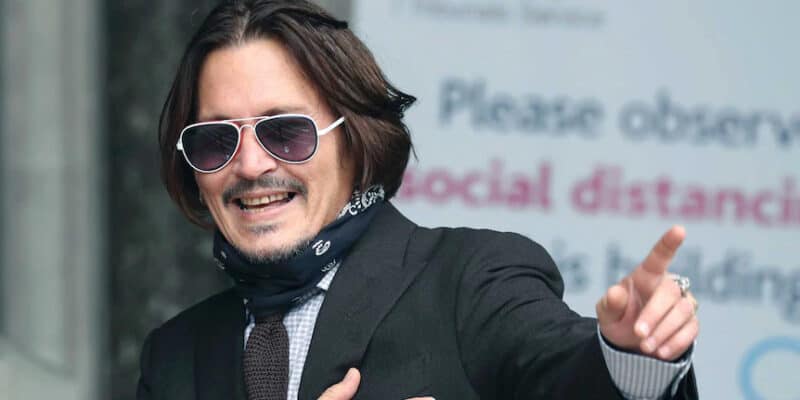 Hollywood actor Johnny Depp (Sleepy Hollow, Alice In Wonderland, Corpse Bride) has been keeping a secret. In addition to his work on the silver screen, he is a prolific painter and, now, fans are getting their “first public look” at the popular star’s artwork.

True to form, however, Depp is doing something unique with his art. He is not releasing his paintings as traditional prints, but rather as NFTs. Per an article about the upcoming collection of blockchain assets:

58-year-old Depp shared an Instagram post [above] that gives a glimpse of his artwork, which is a combination of pop art and street art. The Pirates of the Caribbean star shared in a statement:

“I’ve always used art to express my feelings and to reflect on those who matter most to me, like my family, friends and people I admire. My paintings surround my life, but I kept them to myself and limited myself. No one should ever limit themselves.”

Furthermore, those who purchase “a “Never Fear Truth” NFT will grant owners access to Johnny’s exclusive community on Discord, a community platform for fans to collaborate on creative projects.”

Visit www.neverfeartruth.com or multi-chain NFT marketplace www.rarible.com to learn more about applying to be part of Depp’s blockchain.

What do you think about Johnny Depp’s secret life as an artist?