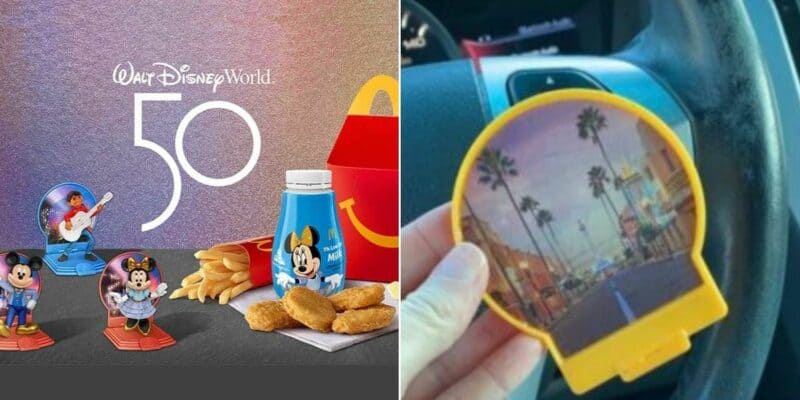 Walt Disney World Resort officially began celebrating its 50th anniversary on October 1, 2021. However, even before the “party in the Parks” kicked off in earnest, 50th merchandise started showing up in McDonald’s Happy Meals around America.

Now, one Disney Parks fan on social media has hilariously repurposed one of her 50th anniversary Happy Meal toys to help combat winter weather. Kentucky resident and mom-of-two, Meagan, was caught without an ice scraper this morning, so she got creative!

She isn’t the first fan to find a new and creative use for the Disney World 50th Happy Meal collection. Others have figured out that the plastic figurines make great DIY Christmas ornaments!

Prior to the toys’ debut at McDonald’s restaurants nationwide, Disney Parks Blog shared the following details:

Our friends at McDonald’s are helping us celebrate 50 magical years with an impressive lineup of 50 unique Happy Meal® toys and an exclusive Happy Meal box. This one-of-a-kind collection goes deep into the vault of some of our favorite Disney characters. While “The World’s Most Magical Celebration” will continue for 18 months, these toys are only available for a limited time, so be sure to grab some while supplies last!

How many of the 50th toys did you collect? Have you found any hilariously creative ways to repurpose your Happy Meal collectibles?